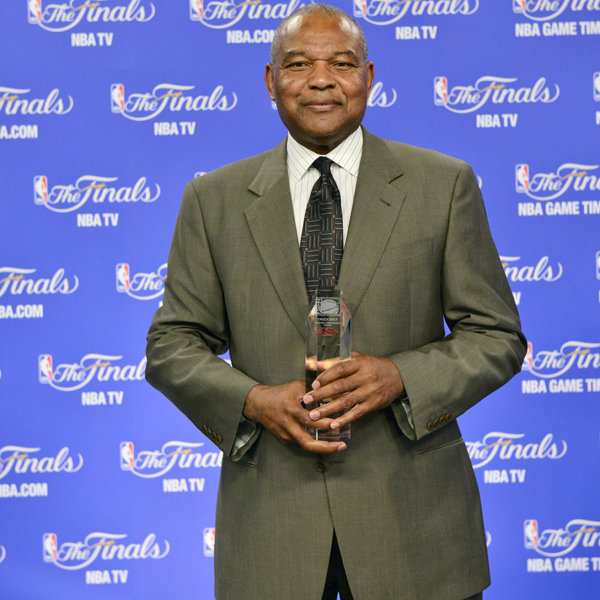 During Coach Bickerstaff’s nearly 40 seasons in the NBA, he has garnered a special and well-deserved reputation for his deep knowledge of the game and his development of some of the greatest NBA players and future NBA coaches. After coaching for the University of San Diego (1969-1973), Bickerstaff made history by becoming the youngest assistant bench coach in NBA history when he took the job with the Washington Bullets (now Wizards) at the age of 29. During his 12 years in Washington, he honed his craft under famed NBA Head Coaches K.C. Jones and Dick Motta. With Bickerstaff on the bench, the Bullets participated in three NBA Finals and won an NBA Championship in 1978, the first and only championship in franchise history. In 1985, Bickerstaff landed his first NBA head-coaching position with the Seattle Supersonics. Under Bickerstaff, the Sonics made three playoff appearances in five seasons, including a trip to the Western Conference Finals in 1987.

After his success in Seattle, the Denver Nuggets offered Bickerstaff the role of President and General Manager of the team in 1990. For the 1994 season, Bickerstaff took over the reins as Head Coach of the team, taking the Nuggets to the playoffs. The 8th seeded Nuggets would go on to make history by defeating the top seeded Seattle Supersonics in the first round of the playoffs, a feat that had never before been accomplished.

In 1997, Bickerstaff would return to the Bullets as their Head Coach, leading them to their best record since 1979. And in 2004, Bickerstaff became the first Head Coach and General Manager for the expansion Charlotte Bobcats. Bickerstaff would go on to play important roles as an Assistant Coach for the Chicago Bulls, Portland Trail Blazers, Los Angeles Lakers and the Cleveland Cavaliers.

“With his long and honored career, Bernie Bickerstaff has made a huge contribution to the game on so many levels. Among his coaching peers and former players, he is a respected coach, teacher, mentor and an individual that personifies the best of NBA coaching,” said Dallas Mavericks head coach and National Basketball Coaches Association president Rick Carlisle.

Bickerstaff ranks 41st all-time in the NBA with 419 wins, and his 937 games coached rank twenty-ninth all-time. A graduate of the University of San Diego, Bickerstaff has received an Honorary Doctorate from the university. In 1987, Bickerstaff received the Horace Mann Award for Leadership and was named the Sports Person of the Year by the New York Pro-Am Basketball Association. Bickerstaff has been inducted into several Halls of Fame, including the University of San Diego Hall of Fame, John McClendon Minority Athletics Hall of Fame, the West Coast Conference’s inaugural Hall of Honor, and the Breitbard Hall of Fame. In his hometown of Benham, Kentucky, there is a street named in his honor, entitled “Bernard Bickerstaff Boulevard.”

“I am thrilled to be this years recipient of the NBA Coaches Association Annual Chuck Daly Lifetime Achievement Award. Chuck Daly was an inspiration to everyone that loves NBA basketball. To be a part of his legacy is one of their greatest honors of my career,” said Coach Bickerstaff.

“All of us in the NBA coaching fraternity admire both Bernie Bickerstaff’s ability to be part of our game for nearly 4 decades, and the contributions he has made to his fellow coaches, players and the community,” said Bill Fitch, last year’s winner of the Annual Chuck Daly Lifetime Achievement Award.

The National Basketball Coaches Association Chuck Daly Lifetime Achievement Award commemorates the memory of Hall of Famer Chuck Daly, who over an outstanding NBA coaching career set a standard of integrity, competitive excellence and tireless promotion of NBA basketball. This year’s award recognizes the extraordinary contributions Bernie Bickerstaff has made to the sport throughout his NBA career through building a body of work that has had a positive and powerful impact on the NBA coaching profession. Bickerstaff has embodied the high standards and leadership philosophies that Coach Daly brought to the game.