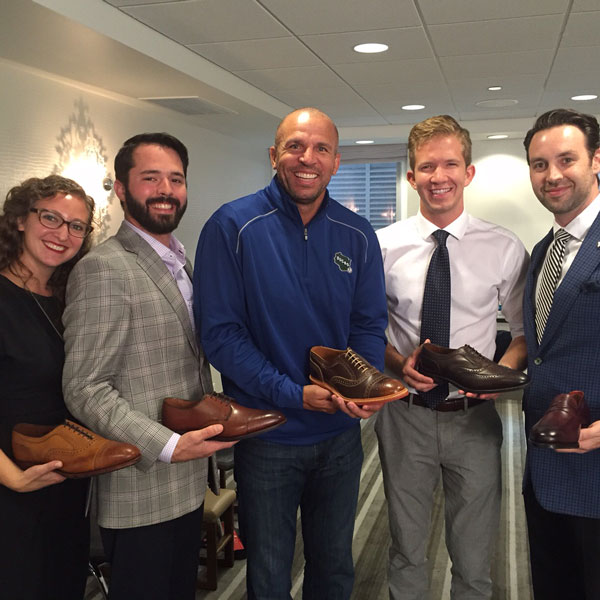 Prior to the start of training camp each season, head coaches from around the NBA gather to share notes on their offseason, catch up on family, and spend a few lighter moments preparing for the grind ahead. The annual NBA Coaching Meetings in Chicago gives coaches the opportunity to mingle in a setting that does not completely surround X’s and O’s.

In addition to meeting with referees and league operations staff on basketball business, Coaches provided some lighter moments with a few NBA media insiders and polished up their sideline style with NBCA partners Allen Edmonds and Joseph Abboud. Sirius XM NBA Radio and NBATV’s Jared Greenberg, NBA.com’s Steve Aschburner, and our friends at 120 Sports had inside access and will provide a glimpse into the 2016 season on and off the court.

Following the interviews, sideline apparel and “coaching with style” was the focus. NBA Coaches Association sponsors Joseph Abboud and Allen Edmonds were on-site fitting and showcasing the new product lines for 2015-2016. Coaches need to look good on the sidelines and exude leadership…Joseph Abboud suits and Allen Edmonds shoes do the trick. “Allen Edmonds makes one of the finest shoes in terms of comfort and style,” said Toronto Raptors Head Coach Dwane Casey. “It makes you feel like you’re on air on the sideline.” The combination of comfort and style is a top priority for NBA Head Coaches. “When you go out in a pair of Allen Edmonds shoes you can go out and walk the city, head to a meeting, whatever it is and your feet will be taken care of,” said Alvin Gentry, Head Coach of the New Orleans Pelicans.

Just as the players see the value in their equipment, the coaches know that the 82 game season takes a toll on their “uniforms.” Sacramento Kings Head Coach George Karl praises the durability of his suits and shoes, “the quality from Allen Edmonds and Joseph Abboud are first class…it’s an amazing investment, and their styles last for a lifetime.”