Pat Sullivan Close to Home Coaching with the Knicks

Pat Sullivan Close to Home Coaching with the Knicks 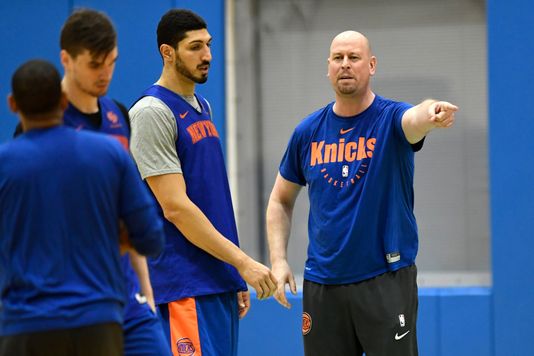 Back when Sullivan was playing for the long-time Bogota boys basketball coach, Mahoney didn’t see that career in Sullivan’s future.

But looking back, the traits were all there.

Sullivan had the work ethic, the commitment, the desire to improve and learn. He never wanted to leave the gym.

He also had the right communication skills.

“He relates very well to people,” Mahoney said. “When he was the celebrity in Bogota, you would’ve never known it.”

One of the best basketball players to come out of Bergen County, Sullivan played in three Final Fours at North Carolina before beginning a long coaching career of his own.

It started at the collegiate level before NBA stops in Detroit, New Jersey, Washington and Los Angeles.

Now, Sullivan is back near home, working for the Knicks on David Fizdale’s coaching staff.