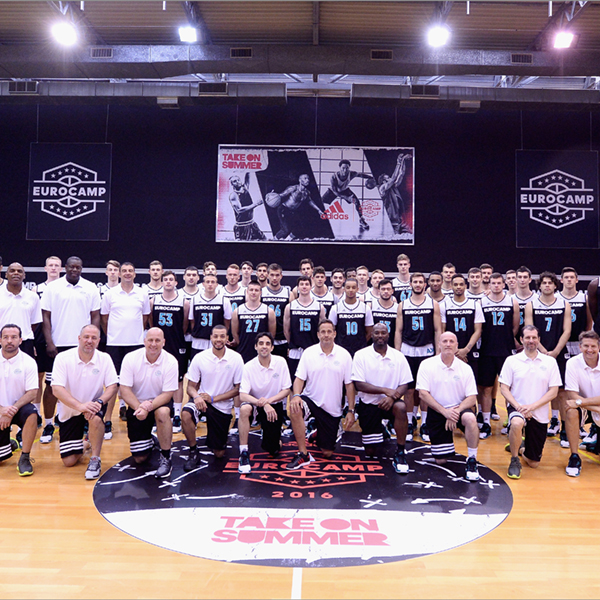 adidas Eurocamp in Treviso, Italy invites elite players throughout Europe to participate and gain the opportunity to showcase their skills in front of scouts, coaches, and general managers from a number of basketball teams and leagues from around the world.

Assistant coaches from various NBA teams traveled to Italy in an effort to spread their knowledge to the camp participants.  Coaching director Bill Bayno has an elite staff that includes assistant coaches Kaleb Canales of Dallas Mavericks, Jim Boylen of the Chicago Bulls, and Nick Nurse of the Toronto Raptors and former head coach of the Cleveland Cavaliers David Blatt. View the full coaching staff here: adidas Eurocamp 2016 Coaching Staff