Borrego to Coach Magic for Remainder of Season; Kokoskov Hired as Assistant Coach 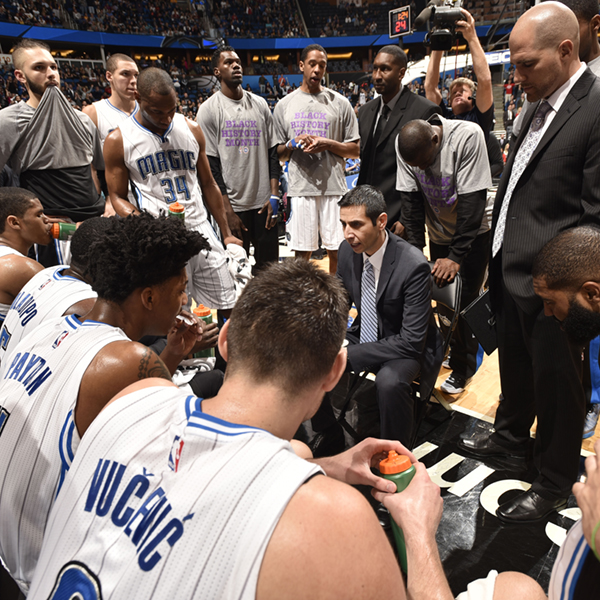 ORLANDO – James Borrego, who has already notched two wins and very nearly a third in just four games as the Orlando Magic’s interim head coach, nabbed another big victory on Tuesday: He was told that he will be the team’s coach for the remainder of this season.

And to make matters even better for Borrego, the support staff around him will grow as Igor Kokoskov has been hired as an assistant coach. The Magic (17-39) have been off since last Wednesday for the NBA All-Star Game, but the team will return to practice tomorrow. Orlando hosts the New Orleans Pelicans on Friday night.

Read the full article via www.nba.com/magic