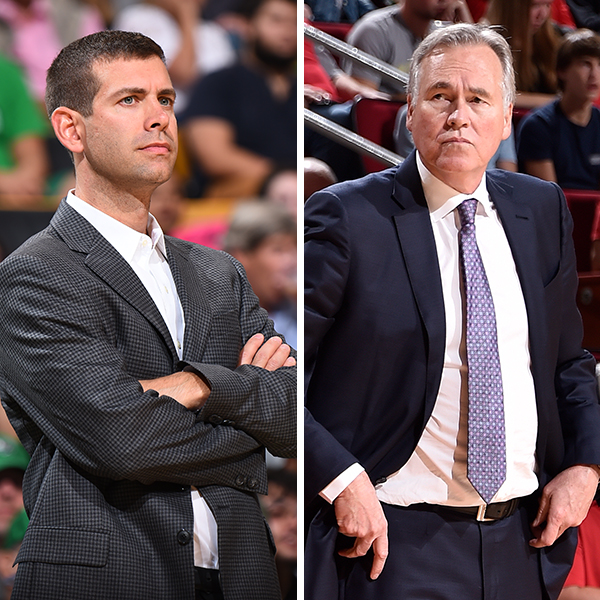 NEW YORK — The Boston Celtics’ Brad Stevens and the Houston Rockets’ Mike D’Antoni today were named the NBA Eastern and Western Conference Coaches of the Month, respectively, for games played in October and November.

Stevens guided the Celtics to an NBA-best 19-4 record during October and November, including a 9-2 mark at home and a 10-2 mark on the road.  Boston followed an 0-2 start with 16 straight victories, tied for the fourth-longest winning streak in franchise history.  During the streak, the Celtics rallied from a deficit of at least 13 points to win a game five times.  Under Stevens, Boston led the NBA in defensive rating through November, allowing 98.4 points per 100 possessions.  The Celtics went 15-0 when giving up fewer than 100 points.

D’Antoni led the Rockets to a Western Conference-best 17-4 record in October and November.  Houston closed this stretch with six consecutive victories, its second six-game winning streak of the season.  Overall, the Rockets outscored opponents by an NBA-high 10.8 points per game while compiling marks of 8-3 at home and 9-1 on the road.  In November alone, Houston went 12-1 with a point differential of plus-16.8 points per game.  D’Antoni, the 2016-17 NBA Coach of the Year, has overseen seven victories by 20 or more points this season.