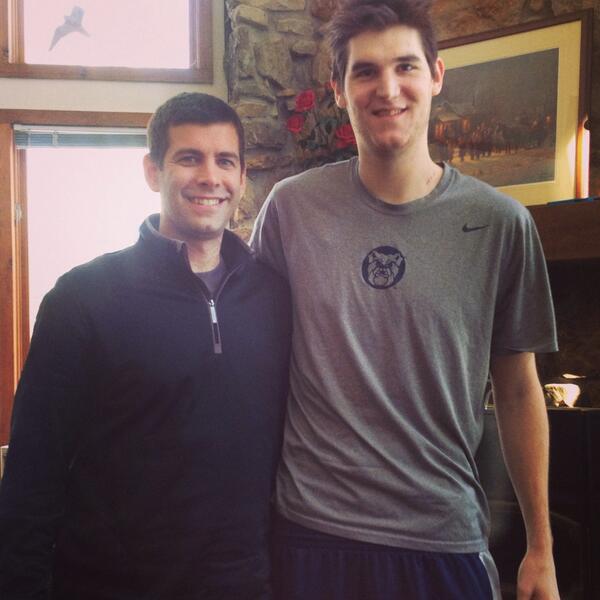 Boston Celtics coach Brad Stevens hasn’t forgotten his roots. In between his Celtics beating the Milwaukee Bucks on Monday and hosting the San Antonio Spurs on Wednesday, Stevens took time out of his hectic schedule to visit a former Butler Bulldog in Indiana on Tuesday, the Indianapolis Star reported. Andrew Smith, who played four years under Stevens and had a large role in Butler’s back-to-back NCAA championship game appearances, recently was diagnosed with cancer. Smith was playing basketball professionally in Lithuania when it was discovered he had a tumor in his chest. Soon after, he was diagnosed with non-Hodgkin’s lymphoma and returned home to Zionsville, Ind., to undergo treatment. Smith’s announcement of his diagnosis was made Friday, and just four days later, Stevens was knocking on his door to show his support. Smith’s wife, Samantha, tweeted her appreciation of Stevens’ visit.