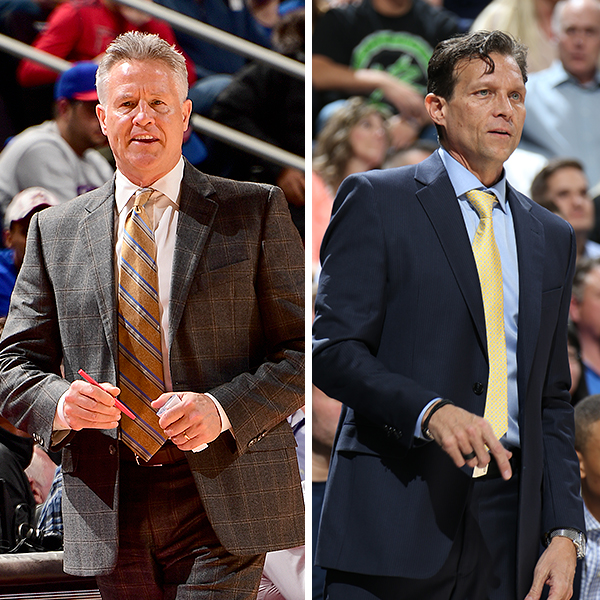 NEW YORK — The Philadelphia 76ers’ Brett Brown and the Utah Jazz’s Quin Snyder today were named the NBA Eastern and Western Conference Coaches of the Month, respectively, for games played in March and April.

Brown led the 76ers to an NBA-best 20-3 record during the extended month. Philadelphia closed the regular season with a franchise-record 16-game winning streak, the longest winning streak to finish a season in NBA history. During the streak, which began on March 15, the 76ers outscored opponents by an average of 14.1 points per game.

Snyder guided Utah to a 17-4 record in March and April, tied with the Houston Rockets for the best mark in the Western Conference. From the start of March to the end of the regular season, the Jazz led the NBA in net rating (13.2), defensive rating (95.9), opponents’ scoring (95.4 ppg) and opponents’ field goal percentage (42.5). This stretch included nine consecutive victories to begin March and a 6-1 finish to the season.