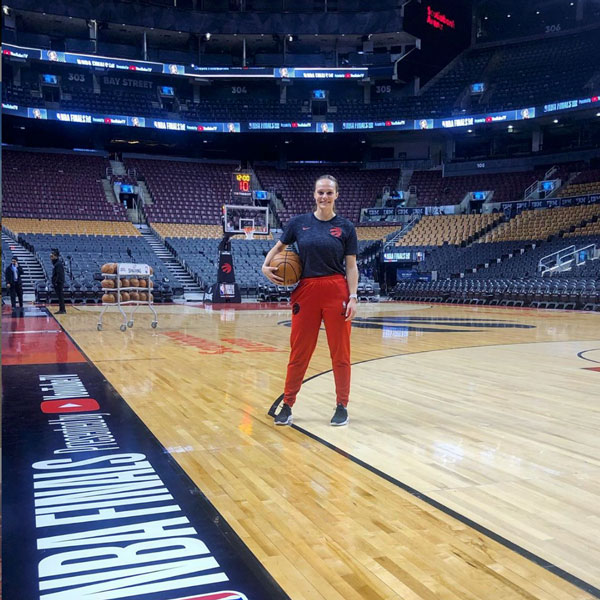 Brittni Donaldson was almost literally born into basketball in Iowa, but even she could never have imagined her improbable path to becoming the league’s 10th current female assistant coach, and the youngest at just 26 years old.

Donaldson spent the last two seasons as a data analyst — i.e., advanced stats guru — in the Raptors’ front office before Masai Ujiri, Toronto’s president and alternate governor, and Nick Nurse, the head coach, picked her in mid-July to fill an opening on Toronto’s bench.

“Losing someone so smart [from the front office] is tough,” Ujiri says. “But she has coaching in her DNA.”

Ujiri expects the NBA’s first female head coach or general manager to emerge before anyone might have predicted even a few years ago. “One hundred percent, the time is coming,” he says. “That is going to happen.”