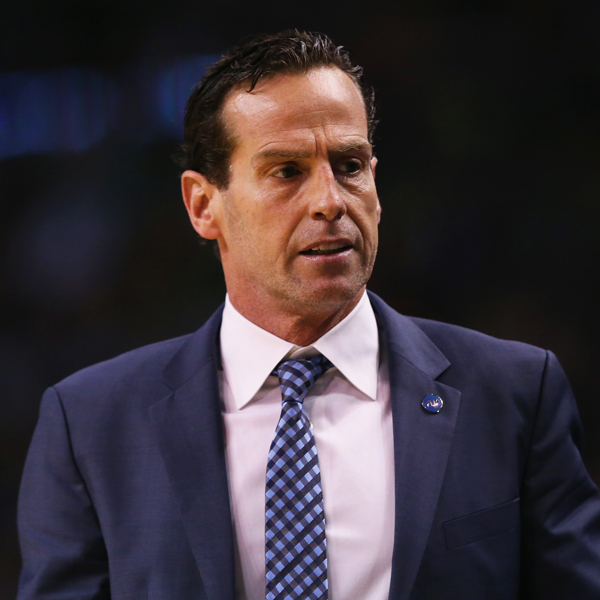 Congratulations to Kenny Atkinson on being named Head Coach of the Brooklyn Nets!

Atkinson joins the Nets after spending the past four seasons as an assistant coach with the Atlanta Hawks under Head Coach Mike Budenholzer. The Hawks made playoff appearances in each of Atkinson’s four seasons, including the club’s first-ever trip to the Eastern Conference Finals last season. The 2014-15 Hawks registered a franchise-record 60 wins, including a franchise-best 19-game win streak, and captured their first division title in more than 20 years. Atkinson served on the 2015 Eastern Conference All-Star coaching staff, and he guided Team World in the BBVA Compass Rising Stars Challenge during All-Star weekend in New York. Prior to his tenure with the Hawks, Atkinson was an assistant coach for four seasons with the New York Knicks (2008-12), helping the team reach the postseason in 2011 and 2012. Atkinson also spent one season as the Director of Player Development for the Houston Rockets (2007-08).
“I am truly honored and humbled to be named the head coach of the Brooklyn Nets, and I would like to thank Nets’ ownership and management for this tremendous opportunity,” said Atkinson.  “Together with Sean and his staff, we look forward to building a winning tradition here in Brooklyn.  I also want to acknowledge and thank Mike Budenholzer and the entire Atlanta Hawks organization for their cooperation and support throughout this process.  While I am eager to begin working with the Nets, I remain committed to my coaching responsibilities with the Hawks for the remainder of the postseason.”
Full article here: Brooklyn Nets Name Kenny Atkinson Head Coach
NBA Coaches Association2016-04-19T00:58:44+00:00April 17th, 2016|Updates|