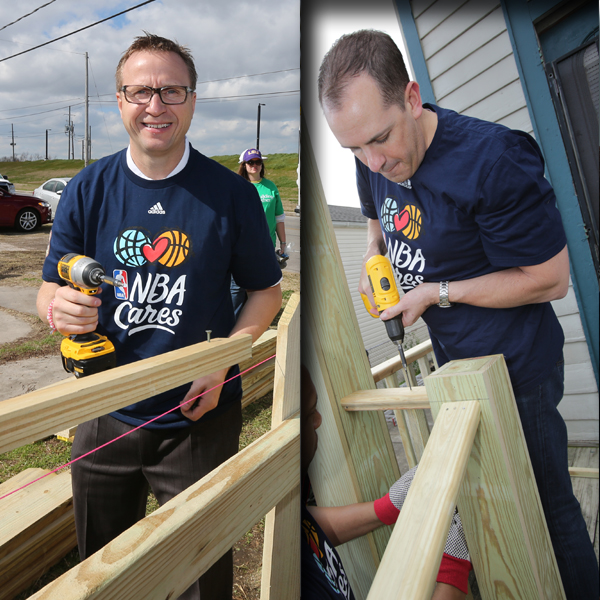 2014 NBA All-Star coaches Scott Brooks and Frank Vogel assisted in the NBA Cares Community Day of Service this weekend in New Orleans. NBA Cares teamed up with Rebuilding Together and Kia to help refurbish homes in the Algiers Neighborhood of New Orleans. Brooks and Vogel were joined by current NBA All-Star players, NBA and WNBA players and legends, NBA Development League players, the Retired Players Association members, partners and guests in supporting this great cause.

NBA Cares is the league’s global social responsibility initiative. Through this umbrella program, the NBA and its teams and players have donated more than $230 million to charity, provided more than 2.8 million hours of hands-on service to the community and created more than 860 places where kids and families can live, learn or play.