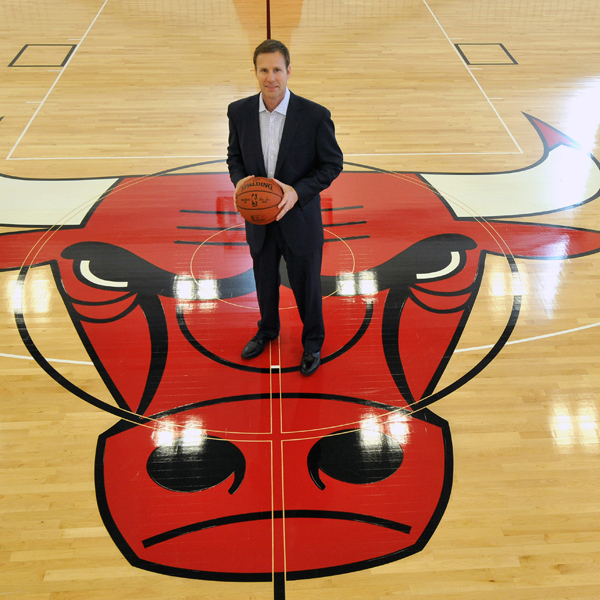 The Chicago Bulls announced today the hiring of Fred Hoiberg. In accordance with team policy, terms of the contract were not announced.

Hoiberg, 42, is the 19th head coach in franchise history. For the last five seasons, he served as the head coach at Iowa State University. In his five years at his alma mater, Hoiberg recorded a record of 115-56 (.673), as he guided the Cyclones to four-straight NCAA Tournament appearances (2012-2015), a first in school history. He also orchestrated the biggest turnaround in Big 12 history, as the Cyclones improved from 3-13 in conference play in 2010-11 to 12-6 in 2011-12.

“In Fred, we feel that we’ve got a guy who has a terrific package of skills: a winning coach, a natural leader and a great communicator,” said Chicago Bulls General Manager Gar Forman. “He is a guy that has played in the league, has been an executive in the league and has had unparalleled success coaching at Iowa State—winning multiple Big 12 Championships, consistently having nationally-ranked teams and NCAA tournament teams. There is no question that we think he’s the right fit and that he will maximize the potential of this team.”