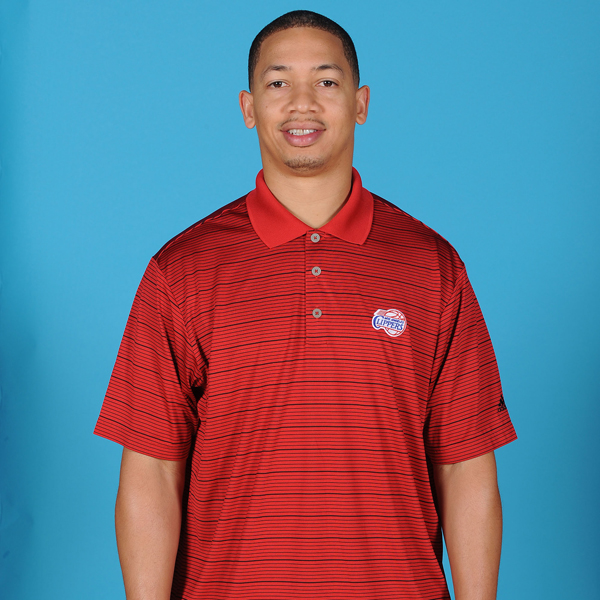 Tyronn Lue is joining the Cavaliers as a coach after all.

Lue, who had two interviews during Cleveland’s recent coaching search but didn’t get the job, was hired as an associate head coach on new Cavs coach David Blatt’s staff.

General manager David Griffin was impressed with Lue as he looked for a coach, and believes the former Los Angeles Clippers assistant can help the Cavs rebound from a tough season.

“Over the past several weeks, it became clear that Ty could play a key role in our team’s future success,” said Griffin. “Ty fits our culture and vision for the franchise. His successful experience as both a player and coach is going to help us tremendously. Tyronn Lue joining Coach Blatt’s staff is more than exciting to all of us here in Cleveland. The leadership and knowledge of Ty is going to be critically important as we move into a new era of competitive Cavaliers basketball.”

Lue was one of the finalists to get the Cleveland job before it went to Blatt, who signed a three-year contract with a fourth year club option on Friday. The 55-year-old Blatt has never coached in the NBA — or the U.S. — so bringing in a coach with Lue’s experience will help him and give the Cavs an insurance policy.

“I could not be happier that Ty will be joining the Cavaliers’ coaching staff as my top assistant,” Blatt said. “I look forward to leveraging all of his experiences and expertise into our team’s development. “This is a character guy and winner himself who played and worked with some of the greatest talents and successful leaders in NBA history. I am thrilled to have him by my side as we get to work in Cleveland.”

The 37-year-old Lue played guard for 11 seasons with seven NBA teams. He won NBA titles as a member of the Los Angeles Lakers in 2000 and 2001. Lue spent the past five years working on Doc Rivers’ staff in Boston and Los Angeles and is regarded as one of the league’s rising young coaches.

Lue thanked Rivers’ for his “deep support, mentorship and friendship” and “helping prepare me so well for this next step and challenge.”

“Through numerous discussions with David and Griff, I felt Cleveland is a great situation for me,” he said. “I believe my background will help me play a key part in helping achieve the vision that the leadership of this franchise has for its team. I can’t wait to get to work with Coach Blatt and our players.”

As the Cavs consider other candidates to join Blatt’s staff, they are finalizing plans for Thursday’s draft. Cleveland has the No. 1 overall pick for the second year in a row and is expected to select either Duke forward Jabari Parker or Kansas forward Andrew Wiggins.