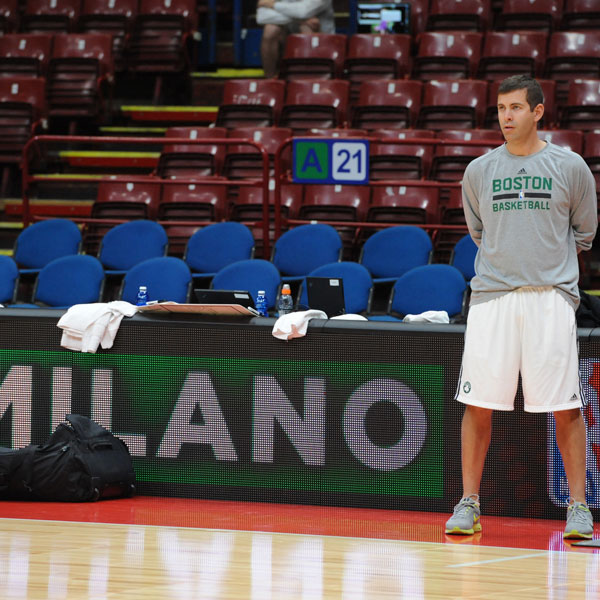 As Stevens embarks on the Celtic’s preseason tour of Europe, he views the excursion as an opportunity for enrichment as a coach, a chance to digest and study so many different styles and approaches that he has yet to consider.

Stevens said he was most eager to assume the role of a student studying abroad. “The coaching and the styles are things I’m going to steal from and take from,” he said. “I really get excited about watching the international game anyway, so getting a chance to play against both Milano and Real Madrid later in the week is a treat. I love the spacing [in European basketball],” Stevens said. “I love the emphasis on team. I love the pace of the game. I mean, there’s not a lot I don’t like.”

To read more about Steven’s take away from the the international game, click here: For Brad Stevens, international trips add to basketball education