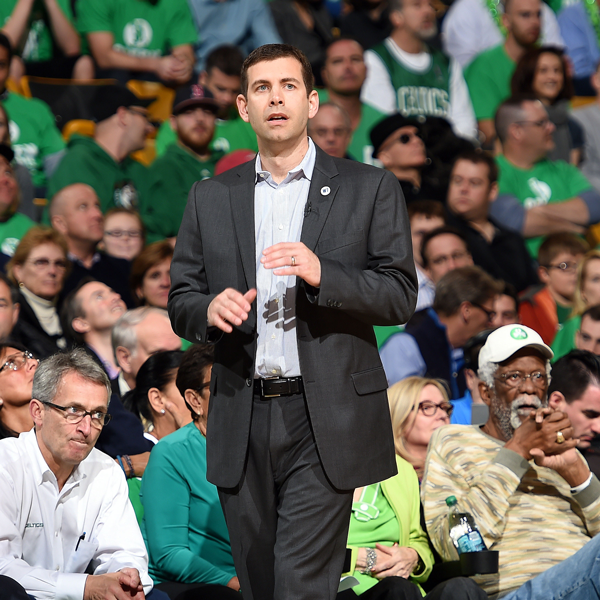 BOSTON – The Boston Celtics announced Wednesday that they have extended the contract of head coach Brad Stevens.

Managing partner, governor and CEO Wyc Grousbeck told Celtics.com that based on Stevens’ success, the decision to extend his contracts was made without hesitation.

“A major job of ownership is to find the right people to run the basketball side,” Grousbeck said. “We believe we have found them in Danny (Ainge) and Brad.”

“Once you find your people,” he continued, “you need to support them in their efforts and create a work environment that enables them and the team to succeed. If all of that is in place, the topic of extending contracts becomes an easy one, because everybody wants to keep moving forward together.”

Stevens arrived to Boston three summers ago, just 36 years old with no NBA coaching experience. But his prowess at Butler University – having guided the mid-major program to back-to-back NCAA Championship appearances in 2010 and 2011 –caught the eye of Ainge, so the team took a chance on him.

Boston was a lottery team during Stevens’ first campaign, but he has led the C’s to the Playoffs in each of the last two seasons. His winning percentage has increased drastically each year, from 30.5 percent in 2013-14, to 48.8 percent in 2014-15, to 58.5 percent this past season.

“Brad has demonstrated the ability to get the very best out of his players,” said Grousbeck. “A number of guys have had career years playing for him: Isaiah Thomas and Jae Crowder, for example. And our young players have been developing very nicely.

“He is a natural leader and a very skilled, strategic coach who is the right man to coach the Celtics.”

Stevens explained to Celtics.com that he shares that mutual respect with the ownership, and couldn’t be happier with the opportunity they have presented.

“My family and I were thrilled to have been approached with this contract extension,” said Stevens. “We sincerely appreciate the empowering leadership of our ownership and front office, the opportunity to work alongside such a talented staff, the support of our tremendous fans, and of course, the commitment and hard work of the players wearing this jersey.

“It’s an honor to be a member of the Boston Celtics, and we’ll continue striving for growth in pursuit of Banner 18.”