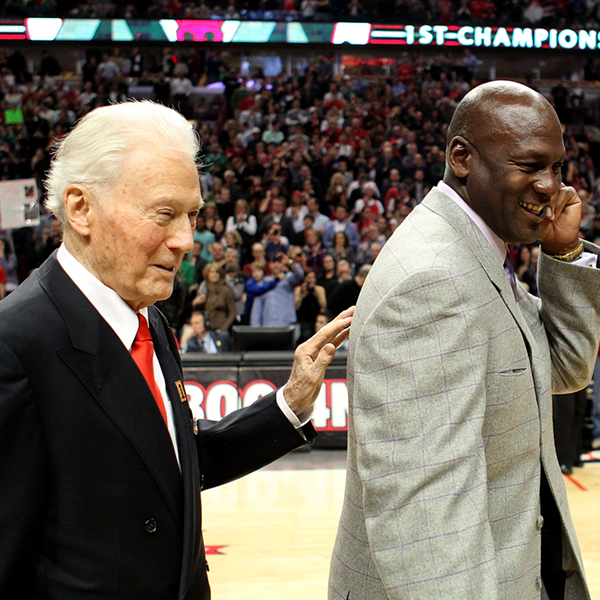 January 18, 2016 – Johnny Bach, a prominent coaching figure in Chicago Bulls history, passed away today at age 91. A 56-year coaching veteran, Bach joined the Bulls as an assistant in 1986, and his highly effective “Doberman” style defense played a pivotal role in the Bulls’ three championship titles from 1991 to 1993. The following is a statement from John Paxson, Executive Vice President of Basketball Operations:

“Johnny was a true treasure in the world of basketball. He was the classic ‘old school’ coach who came to work each and every day with energy and enthusiasm for the game he loved. His zest for life and basketball were unparalleled. He will be greatly missed by everyone in the Bulls family as well as everyone he connected with during his long tenure in both college and professional basketball.”