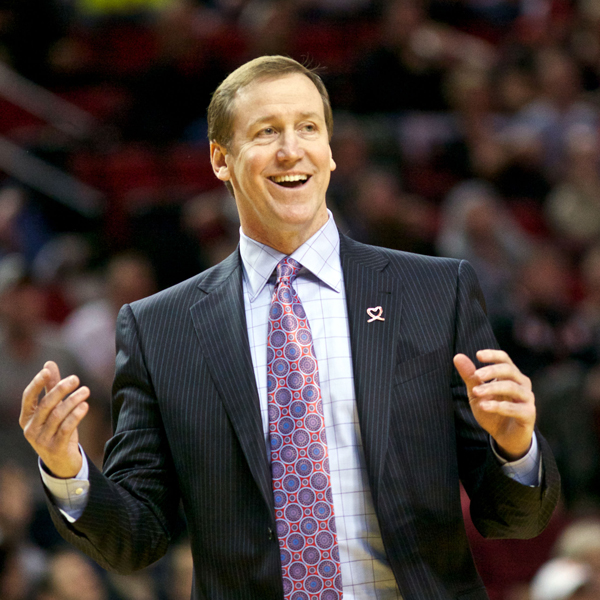 Despite having a roster that is $13 million under the salary floor, Portland Trail Blazers’ Head Coach Terry Stotts has maintained a positive outlook from the beginning and has his team in a position that not many thought that they’d be in.

What has made Stotts “one of the top coaches in the NBA,” as Mavericks Head Coach and President of the NBCA Rick Carlisle calls him?  “His ability to communicate and adapt to his personnel.”  The Blazers coach is willing to laugh at himself, and often does. Humor is his ally. On opening night this season, Stotts stood outside the locker room before the game and joked about his exercise regime and what it’s like to ride bicycles with his aging mother.

“His players genuinely like him,” former NBA big man Frank Brickowski who played for Stotts when he was an assistant in Seattle said. “There are some guys in the league whose players hate them and you can tell it. I think Terry’s players know that he’ll give them all the rope they need to hang themselves, but when they do, he’ll put his arm around them and nurture them back through it.”