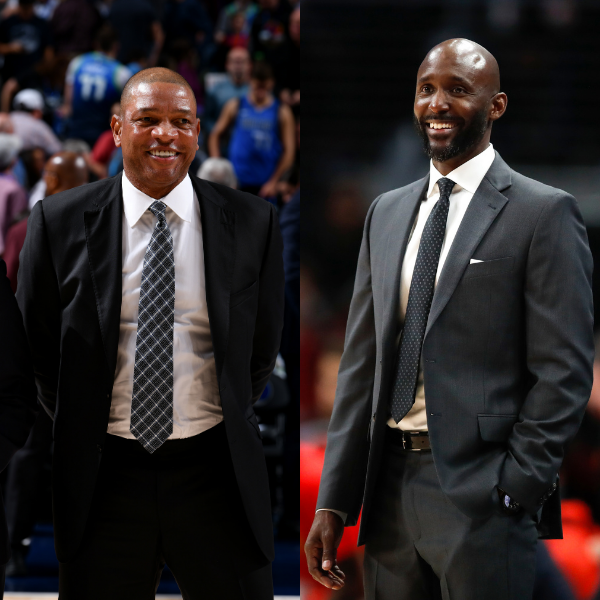 Great work by Brian Seltzer of sixers.com in highlighting the amazing work of the two NBA Coaches on the National Basketball Social Justice Coalition, Philadelphia 76ers’ Doc Rivers and Atlanta Hawks’ Lloyd Pierce. Both Coaches have garnered much respect from peers especially in the social justice realm – Rick Carlisle, President of the NBA Coaches Association, states, “Doc Rivers and Lloyd Pierce are two living, breathing difference-makers in the fight for social justice.” Executive Director/General Counsel of the NBA Coaches Association, David Fogel, also states, “Neither Doc nor Lloyd has wavered in their messages to reconcile with and raise awareness about the real history of racial injustice in our country.” Both Rivers and Pierce are optimistic that the Social Justice Coalition will make a strong impact moving forward.