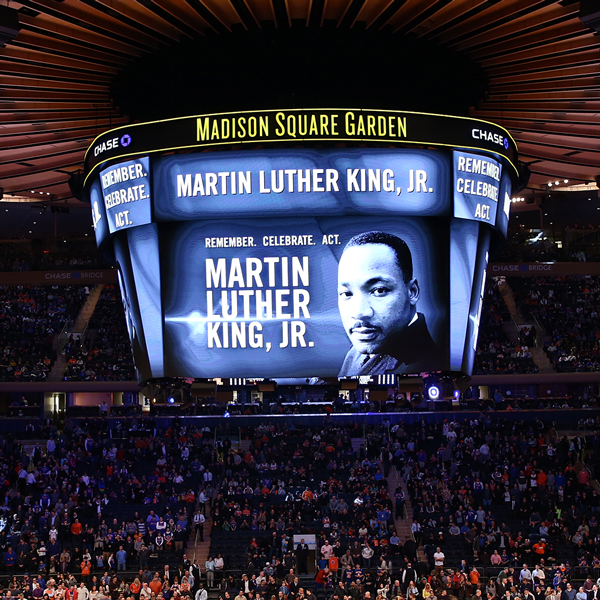 San Antonio Spurs coach Gregg Popovich was a basketball player at the Air Force Academy on April 4, 1968, the day civil rights movement leader Dr. Martin Luther King Jr. was assassinated in Memphis, Tennessee. Toronto Raptors coach Dwane Casey was attending an all-black school in a racially segregated small town in Kentucky. DetroitPistons coach Stan Van Gundy was a young boy in the racially diverse San Francisco Bay Area. Los Angeles Clippers coach Doc Rivers was a young boy growing up in the predominantly black suburban Chicagotown of Maywood. And Golden State Warriors coach Steve Kerr was a toddler in Los Angeles. The NBA will celebrate MLK Day during all of its games played Monday, which would have been King’s 89th birthday. Casey, Kerr, Popovich, Rivers and Van Gundy spoke to The Undefeated about their memories of King’s assassination, his legacy, coaching on the holiday and whether there has been progress since King’s death. — On April 4, 1968, Dr. Martin Luther King Jr. was assassinated in Memphis, Tennessee. Do you remember where you were and your emotions at the time? Casey: I was in elementary school in Morganfield, Kentucky, a small town in the South. We hadn’t integrated schools at the time. I went to an all-black school. The teachers were all crying. The principal was crying. I just knew it was one of those things where something catastrophic happened with him dying. Growing up in the South, we went to integrated schools, saw the [Ku Klux] Klan march and [comedian-activist] Dick Gregory coming to our town to speak on the courthouse steps with the Klan moving around. [King] passing was a big thing because he was our hope and our shining light that we had going forward.

Kerr: I was 3 years old. I believe I would have been in Los Angeles. Let’s go ask my sister, she’s right here.

(Kerr turns to his sister, Susan van de Ven, to answer the question.) Van de Ven: I remember the day. I was 10 and you were 3. I remember it was an era. There was Martin Luther King. There was Bobby Kennedy. It was very, very distinct. Popovich: Sure. I was a cadet at the Air Force Academy in ’68. To other people, I was a junior in college, although I didn’t call ‘The Academy’ a college — I called it an institution in a good sense. It was politically and socially aware at the time. It was a huge surprise. A shock. You couldn’t believe that something like that would happen. Rivers: I remember it being the first time I saw my father cry. My dad was a police officer in Chicago. My dad did not cry. I never saw him show emotion. I remember going to my grandmother’s house. And I walked in the house and my grandmother was crying and my grandfather was crying and, more importantly, my dad was crying. I had never heard of Martin Luther King. I was in the second grade. I didn’t know nothing. Everyone was at home watching a little tiny TV, crying, mad and angry. That led me to want to know who this man was. Van Gundy: I was not quite 9 when Dr. King was assassinated. What I remember most was the grief and sadness of my parents and their friends. As I grew older and learned more, what stuck with me was that he clearly expected that he would be killed. But he continued on because civil rights and equality were more important to him than even his own life.

Click here to read the full article: NBA coaches reflect on Dr. King’s legacy and what it means to play on MLK Day