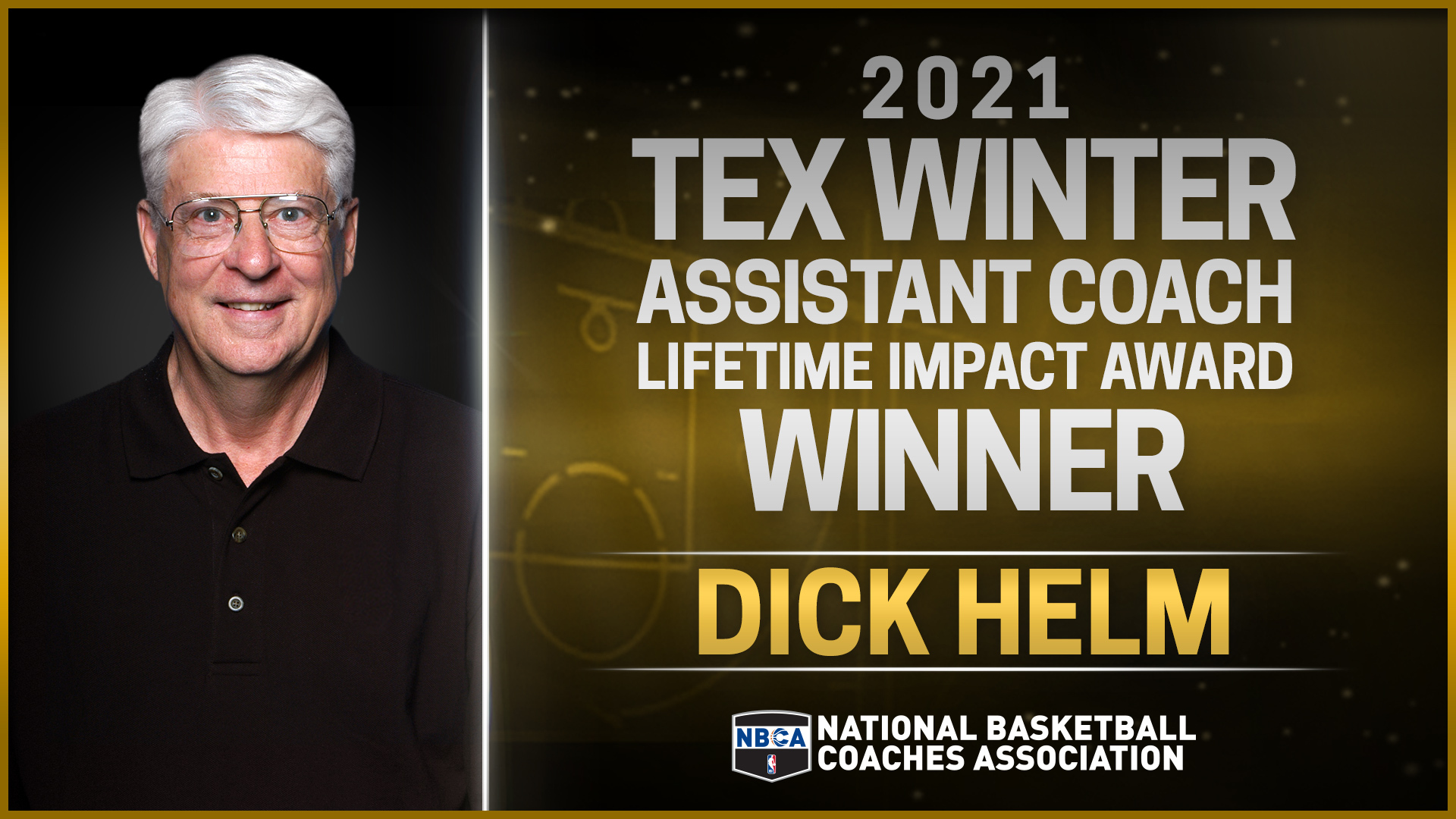 “I am grateful, honored, and humbled to have been selected by the NBCA Committee for the 2021 Tex Winter Assistant Coach Lifetime Impact Award. One never receives this type of award by oneself. I’d like to thank my wife Andrea and family for all their love and support. I will be forever grateful to Lenny Wilkens who took me on as an Assistant Coach for a fantastic NBA journey together. Thanks also, to the many Coaches, players, general managers, trainers, and individuals who have made an impact on my life both professionally and personally. Truly, I am blessed to have known Tex Winter and to have been a part of this NBA family,” said Coach Dick Helm.

During his 16-year NBA career, Coach Helm was a part of five separate coaching staffs led by Lenny Wilkens. Dick started his career as an Assistant Coach with the Seattle SuperSonics in 1984. Coach Helm then followed Coach Wilkens to the Cleveland Cavaliers for seven seasons (1986-1993) and then the Atlanta Hawks for five seasons (1993-1998). After taking a few years off from NBA coaching, Coach Helm later reconnected with Lenny Wilkens for one season with the Toronto Raptors (2002-2003) and ended his NBA coaching career on a two-year stint with the New York Knicks (2003-2005). Coach Helm finished his coaching career with a regular season record of 583-483. Dick was an integral part of 11 playoff appearances, coaching in a total of 83 playoff games. In addition to his coaching career, Coach Helm has also been a great mentor and educator to many younger Coaches and players. In 2004, Dick joined fellow NBA Coaches Don Casey, Dean Cooper, and former Knick Rolando Blackman in instructing 150 Junior Olympic Coaches. Coach Helm has also conducted basketball clinics in Australia, Argentina, China, Greece, and Spain.

“The Tex Winter Assistant Coach Lifetime Impact Award is presented each year to an Assistant Coach who exemplifies the same high level of integrity and excellence that Tex Winter displayed during his highly successful career,” said NBCA Executive Director and General Counsel, David Fogel. “This year’s award recognizes the extraordinary contributions Dick Helm has made to the sport throughout his NBA career through building a body of work that has had a positive and powerful impact on the NBA coaching profession, including his exemplary work for 18 years on the NBCA Executive Committee. Coach Helm exemplifies the high standards and leadership philosophies that Tex Winter brought to the game. Congratulations to Coach Helm, this honor is well deserved.”

For more on the NBA Coaches Association visit: https://nbacoaches.com.