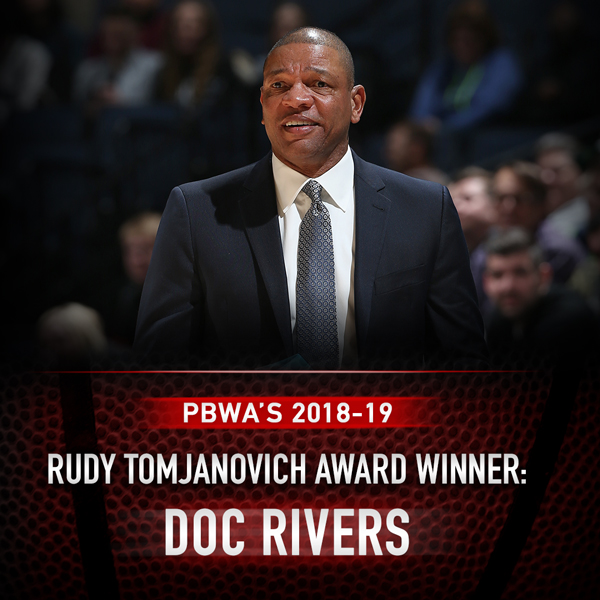 The Professional Basketball Writers Association (PBWA) announced today that L.A. Clippers Head Coach Doc Rivers has won the 2018-19 Rudy Tomjanovich Award, which honors an NBA coach for his cooperation with the media and fans, as well as his excellence on the court.

In his sixth season with the Clippers, Rivers, who previously won the Rudy Tomjanovich Award in 2011-12 as the Head Coach of the Boston Celtics, led the Clippers to a 48-34 record and earned the eighth seed in the Western Conference Playoffs. L.A. became the fifth team in NBA history to win at least 45 games without an All-Star. Rivers, the winningest head coach in franchise history, was named Western Conference Coach of the Month for October and November during the 2018-19 season and is a finalist for the NBA Coach of the Year.

Members of the PBWA, which include more than 200 NBA writers and editors, selected Rivers from five finalists including: Kenny Atkinson of the Brooklyn Nets, Mike D’Antoni of the Houston Rockets, Michael Malone of the Denver Nuggets and Nate McMillan of the Indiana Pacers.