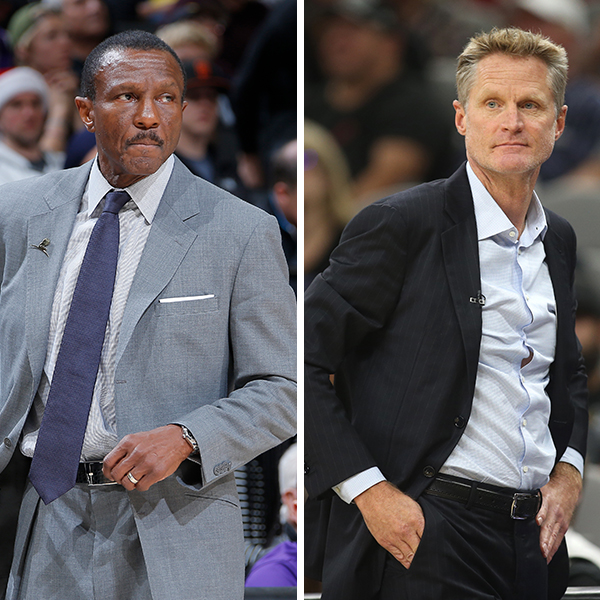 NEW YORK — The Toronto Raptors’ Dwane Casey and the Golden State Warriors’ Steve Kerr today were named the NBA Eastern and Western Conference Coaches of the Month, respectively, for games played in December.

Casey guided the Raptors to an Eastern Conference-best 11-3 record during December, including a 6-0 mark at Air Canada Centre where the Raptors have tied a franchise record with 12 straight victories. Toronto outscored opponents by 8.6 points per game during December, good for second in the NBA behind the Warriors (9.3 ppg). The Raptors logged five December wins in which they scored at least 100 points while holding their opponent under the century mark. Six of Toronto’s top 11 players in terms of minutes played per game have three or fewer years of NBA experience.

Kerr led the Warriors to an NBA-best 13-2 record in December, despite being without Stephen Curry for 11 games due to a sprained ankle. It was the highest winning percentage (.877) for December in franchise history. In addition to leading in point differential, Golden State paced the NBA in field goal percentage (50.9), assists (30.9 apg), blocks (8.3 bpg) and opponents field goal percentage (42.5). The Warriors’ current seven-game road winning streak is tied for the fourth longest in franchise history and their 14 road wins are tied with the Boston Celtics for most in the league.