Dwane Casey has surprising Raptors on a roll 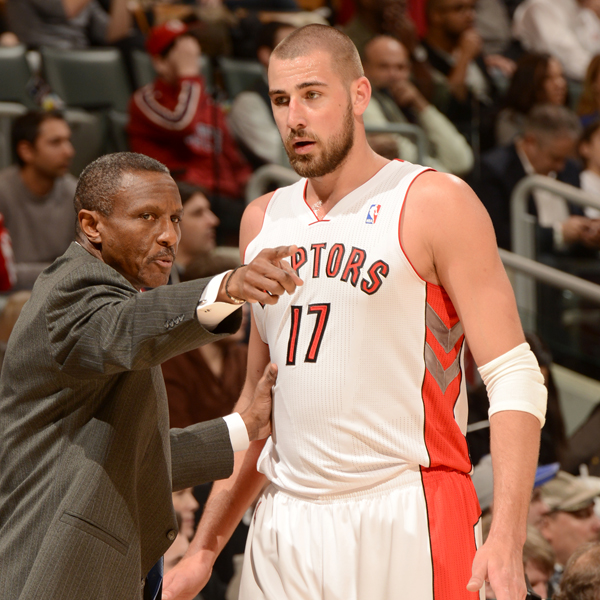 When Masai Ujiri left the Denver Nuggets to take over basketball operations for the Toronto Raptors, many saw coach Dwane Casey’s departure at the end of the season as a done deal.

Then Casey took a team that appeared to be rebuilding and steered it up the Eastern Conference ladder. He’s helped the Raptors navigate a major midseason trade while presiding over DeMar DeRozan’s development from a one-dimensional offensive threat into a multifaceted centerpiece. Casey is also establishing the defensive mindset he’s been looking for since he took the reins in 2011.

With the Raptors (35-26) in third place in the East and improving as the playoffs approach, Casey isn’t just making a strong case for a contract extension. He’s getting mentioned as a candidate for coach of the year. Casey just shakes his head at the possibilities.

Casey has harped on his players to become more defensive minded, but he’s also empowered them. The result is a team that is nine games over .500 for the first time since 2006-07.