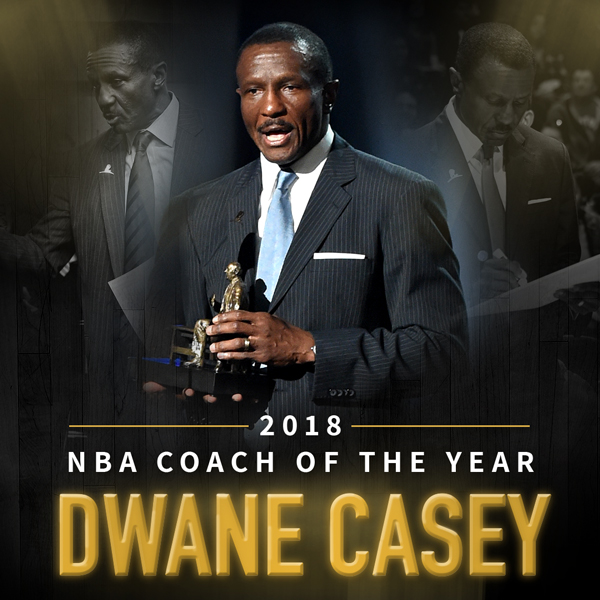 Dwane Casey was named the NBA’s Coach of the Year on Monday night for a season in which he led the Toronto Raptors to their best regular season, only to be fired after they were ousted for a third straight playoffs by LeBron James and the Cleveland Cavaliers.

Casey, who has since been hired as the head coach of the Detroit Pistons, led Toronto to a team-record 59 wins this past season and the top seed in the Eastern Conference, but he lost his job after the Raptors were swept by the Cavs.

“Once you get fired, it’s not a good feeling when someone, after you have a franchise record [in wins] and then you still get let go, that’s the uneasy part,” Casey said. “Say, OK, something must be wrong with me. But the opportunity in Detroit has given me more enthusiasm, and I’m excited to get going again. Again, a lot of it goes with Tom Gores, the owner; he’s exciting and excited to get another chance in Detroit.”