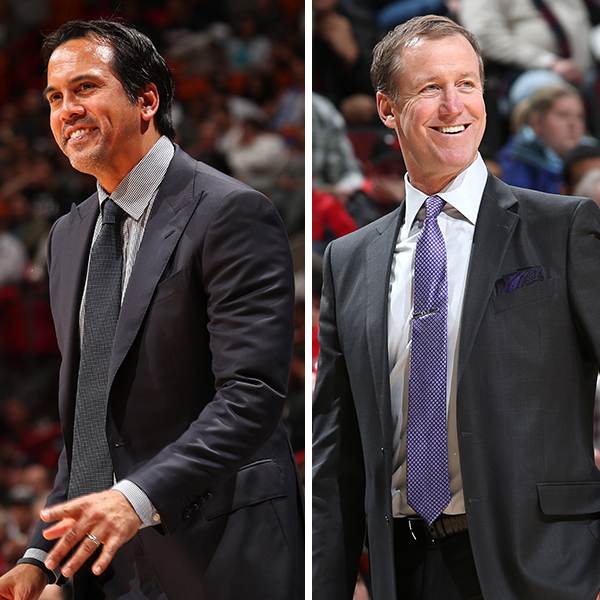 NEW YORK — The Miami Heat’s Erik Spoelstra and the Portland Trail Blazers’ Terry Stotts today were named the NBA Eastern and Western Conference Coaches of the Month, respectively, for games played in January.

Spoelstra led the Heat to a 10-5 record for the month, tied for the best mark in the Eastern Conference.  Miami went 5-1 at home and 5-4 on the road, highlighted by road victories over the Toronto Raptors and the Indiana Pacers.  The month included a 3-1 record in games decided by one point.  The Heat opened January with six consecutive wins and ended the month with a Southeast Division-leading 29-22 record, good for fourth place in the East.  Under Spoelstra, Miami ranked second in the NBA in opponents’ field goal percentage (43.0) and third in points allowed (97.8 ppg).

Stotts guided the Trail Blazers to an 11-5 record in January, tied for the most victories in the NBA.  Portland went 7-0 at home, including wins over the San Antonio Spurs and the Minnesota Timberwolves.  The Trail Blazers closed the month on a four-game winning streak to improve to a season-high seven games above .500 (29-22).  In January, Portland ranked fourth in the NBA in scoring (112.1 ppg) while shooting 48.0 percent from the field (fifth in the NBA) and a league-leading 40.8 percent from three-point range.