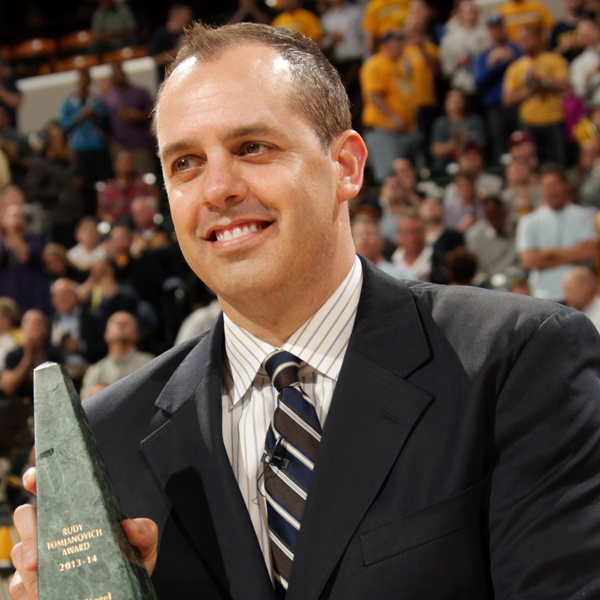 Forward Dirk Nowitzki of the Dallas Mavericks and coach Frank Vogel of the Indiana Pacers have been selected as the 2014 winners of the Magic Johnson Award and the Rudy Tomjanovich Award, respectively, which recognize excellence on the court with cooperation with the media and fans, the Pro Basketball Writers Association announced on Friday.

In addition, the public relations staff of the Golden State Warriors becomes the second two-time winner of the Brian McIntyre Award, presented to an NBA PR staff that exemplifies the standards of professionalism and excellence worthy of acclaim. The Warriors also won in 2010. The Indiana Pacers staff won the award for the second time last season.

Nowitzki, who averaged 21.7 points, 6.2 rebounds and 2.7 assists to lead the Mavericks to a 49-33 record and the No. 8 seed in the Western Conference playoffs, was one of six finalists for the award, joining Miami’s Chris Bosh, Indiana’s Paul George, San Antonio’s Manu Ginobili, Houston’s Dwight Howard and Memphis’ Zach Randolph.

Vogel, who led the Pacers to a 56-26 record and the No. 1 seed in the Eastern Conference playoffs, was one of five finalists for the award, joining Oklahoma City’s Scott Brooks, Toronto’s Dwane Casey, Charlotte’s Steve Clifford and Houston’s Kevin McHale.