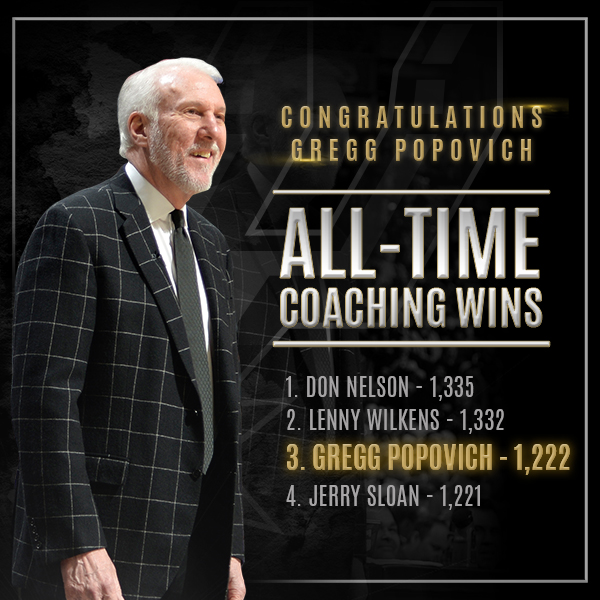 With the Spurs’ 154-147 double-overtime victory over the Oklahoma City Thunder on Thursday, Popovich earned his 1,222nd career win to pass Jerry Sloan. With another “W”, Popovich will again tie Sloan, this time for most victories coaching a single team (Sloan’s 1,223 with the Jazz, which includes playoff wins).

Popovich is also tied for third with five career championships and tied for first with three NBA Coach of the Year awards.