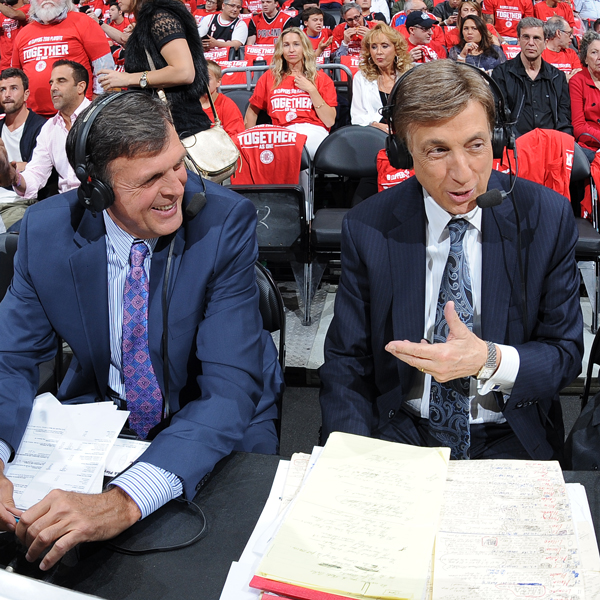 Basketball Hall of Famer and Boston Celtics legend Kevin McHale will return to Turner Sports in a multi-year agreement to provide analysis for NBA TV’s popular Fan Night, along with select NBA on TNT game telecasts. McHale, who most recently held positions as an NBA front office executive and head coach, previously worked for Turner Sports from 2009-11.

“My two years with Turner Sports were some of the most enjoyable I’ve had in basketball,” said McHale. “I look forward to being back with the NBA TV Fan Night team and calling games for TNT, as we share our perspectives on the game in a manner we hope is entertaining for fans.”

McHale will return to NBA TV’s weekly Fan Night telecasts – the network’s featured game of the week airing on Tuesday nights throughout the season – alongside host Ernie Johnson and analysts Chris Webber and Greg Anthony. The expanded studio team will provide analysis during the game telecasts along with pre-game, halftime and post-game coverage.

“Kevin is one of the most respected basketball minds in the history of the game and we’re thrilled to welcome him back to the Turner family,” said Albert “Scooter” Vertino, General Manager of NBA Digital and Senior Vice President of Programming, Turner Sports. “He is one of the NBA’s most celebrated players and his insights as a former player, coach and front office executive will add a unique perspective to our roster of leading commentators.”

McHale served as a guest analyst for TNT’s coverage of the NBA Playoffs last season, following more than four seasons as head coach of the Houston Rockets. McHale led the team to three consecutive playoff appearances including the 2015 NBA Western Conference Finals.