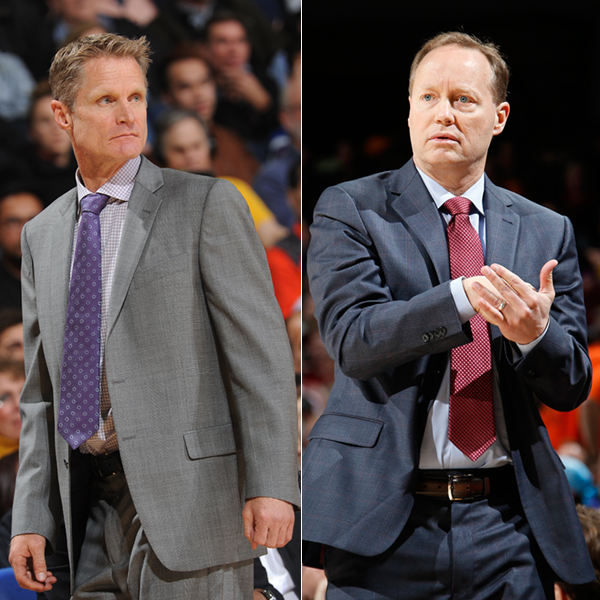 NEW YORK — The Atlanta Hawks’ Mike Budenholzer and the Golden State Warriors’ Steve Kerr today were named the NBA Eastern and Western Conference Coaches of the Month, respectively, for games played in January.

Budenholzer coached the Hawks to the best undefeated record in a calendar month in NBA history (17-0) and led them to the best mark in the NBA for the second consecutive month (December, 14-2). The Hawks ranked second in the league in point differential (+11.9) and field goal percentage (.481) in January. Atlanta held opponents to 93.7 points per game, good for fifth in the NBA, and surrendered 100 points in just four of 17 contests. Overall, the Hawks have won a franchise-record 19 straight games and own the NBA’s best record (40-8) this late in a season for the first time since moving to Atlanta in 1968.

Kerr guided the Warriors to the best January record in the West at 12-3. Golden State led the NBA in scoring (116.2 ppg), field goal percentage (.485) and point differential (+14.0). The Warriors went 10-1 at Oracle Arena, improving their home record to a league-best 22-2 for the season. Golden State’s 37-8 record paces the West and is the best start in the franchise’s 69-year history.