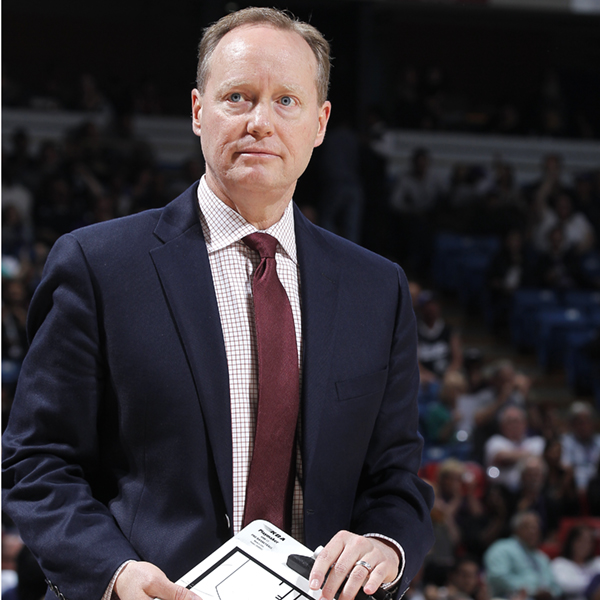 The Atlanta Hawks’ Mike Budenholzer, who guided the team to the best regular season in franchise history, is the recipient of the Red Auerbach Trophy as the 2014-15 NBA Coach of the Year, the NBA announced today.

Budenholzer led Atlanta to a 60-22 record in his second season, three games better than the previous team high of 57-25 set in 1986-87 and matched in 1993-94. The Hawks earned both the No. 1 playoff seed in the Eastern Conference and a division title (Southeast Division) for the first time since 1993-94 — the last season they had the NBA Coach of the Year (Lenny Wilkens). Atlanta made the playoffs for the eighth consecutive year, the longest active streak in the East.