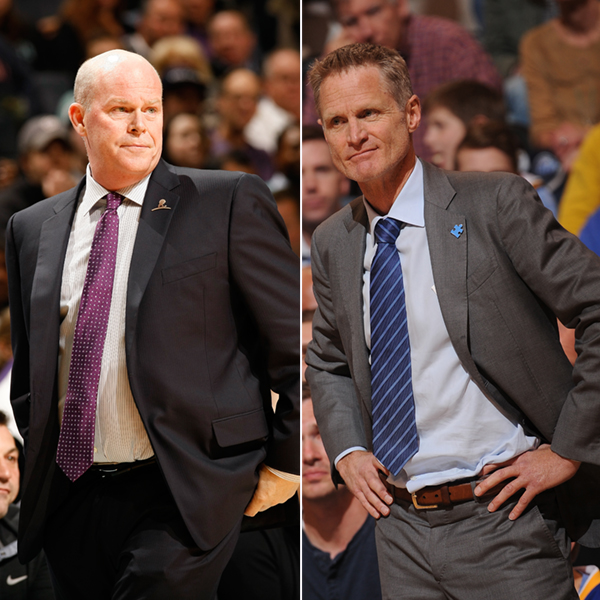 NEW YORK — The Charlotte Hornets’ Steve Clifford and the Golden State Warriors’ Steve Kerr today were named the NBA Eastern and Western Conference Coaches of the Month, respectively, for games played in March.

Clifford led the Hornets to the East’s best record at 13-3. The 13 wins are a Hornets franchise record for a month. Charlotte opened March with a seven-game winning streak during which their average margin of victory was 15.1 points. The Hornets ranked second in the Eastern Conference in scoring at 109.2 ppg, and their eight home wins improved their season tally to 27 — third most in the conference.

Kerr guided the Warriors to the West’s best record at 15-2. Golden State posted a seven-game winning streak from March 7-18 and closed the month on a six-game winning streak. The Warriors led the NBA in scoring at 114.0 ppg and ranked second in the Western Conference in field goal percentage at 47.9 percent. At 68-7, the Warriors have joined the 1995-96 and 1996-97 Chicago Bulls as the only teams to win 65 or more games in consecutive seasons.