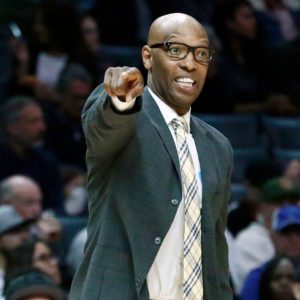 The NBA family is a close one, and most relationships have some history.

Ryan Saunders’ relationship with Sam Cassell has plenty of layers.

Both have a special place in Timberwolves history.

Cassell was part of the 2004 Western Conference Finals team and although he played only two seasons with the Wolves, those two seasons were certainly impactful. In 2003-04, Saunders was just 17 years old, but he was letting everything sink in with his dad at the helm of the Wolves and watching Cassell run point.

Saunders and Cassell spent time in Washington as assistants under Flip Saunders with the Wizards. Both spent 2009-14 there and Saunders had learned plenty from his father, but he learned a lot from Cassell, a former player in the league about how to go about a full season as an assistant coach.

“We talk all the time,” Saunders said. “ . . . Sam’s somebody that I was with in Washington when we were both assistants. First coming into the league, he helped me a lot in terms of showing how someone with a player perspective, how to communicate and how players will respond and how it can be during the dog days of a season. I give Sam a lot of credit for me and my growth.”