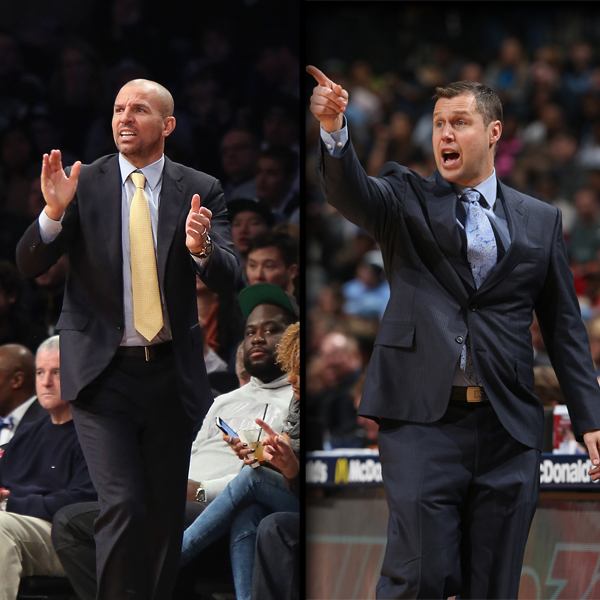 NEW YORK — The Brooklyn Nets’ Jason Kidd and the Memphis Grizzlies’ Dave Joerger on Monday were named the NBA Eastern and Western Conference Coaches of the Month, respectively, for games played in January.

Kidd led the Nets to a 10-3 (.769) record in January, tops in the Eastern Conference. The Nets tallied two five-game winning streaks during a month in which they held opponents to 95.3 ppg, having allowed 102.4 ppg during games spanning October-December. Only four of 13 opponents topped the century mark against Brooklyn, which recorded wins over the Oklahoma City Thunder (Jan. 2) and Miami Heat (Jan. 10).
Joerger led Memphis to the league’s best record in January at 12-3 (.800). The Grizzlies went 7-1 on the road and closed the month by winning 10 of their final 11 games. Memphis, which allowed just three of 15 January opponents to score 100 or more points, swept a home-and-home from the Houston Rockets on Jan. 24-25, and then traveled to Moda Center on Jan. 28, where they topped the Portland Trail Blazers 98-81.
Other nominees for Coach of the Month were Chicago’s Tom Thibodeau, Houston’s Kevin McHale, Los Angeles Clippers’ Doc Rivers, New York’s Mike Woodson, Oklahoma City’s Scott Brooks and Toronto’s Dwane Casey.