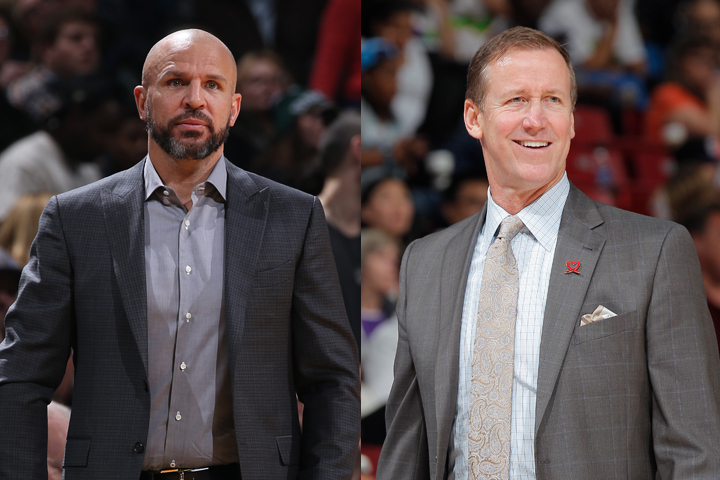 NEW YORK – The Milwaukee Bucks’ Jason Kidd and the Portland Trail Blazers’ Terry Stotts today were named the NBA Eastern and Western Conference Coaches of the Month, respectively, for games played in March.

Kidd led the Bucks to an Eastern Conference-best 14-4 record, the franchise’s first calendar month with at least 14 victories since going 16-2 in February 1971.  Milwaukee had identical 7-2 records at home and away from the BMO Harris Bradley Center.  The road success featured wins over the East-leading Boston Celtics, the playoff-bound LA Clippers and the surging Trail Blazers.  The Bucks finished March in fifth place in the East – which is their current standing – after starting the month in 10th.

Stotts guided the Trail Blazers to an NBA-best 13-3 record in March as Portland climbed into eighth place in the Western Conference.  Portland went 6-1 on the road, including victories against two West playoff teams, the San Antonio Spurs and the Oklahoma City Thunder.  The Trail Blazers closed the month on a five-game winning streak, highlighted by a 117-107 home victory over the West’s third-place team, the Houston Rockets, on March 30.  Stotts’ team led the NBA in three-point field goal percentage (41.7) and ranked third in field goal percentage (48.7) and fourth in scoring (111.3 ppg).