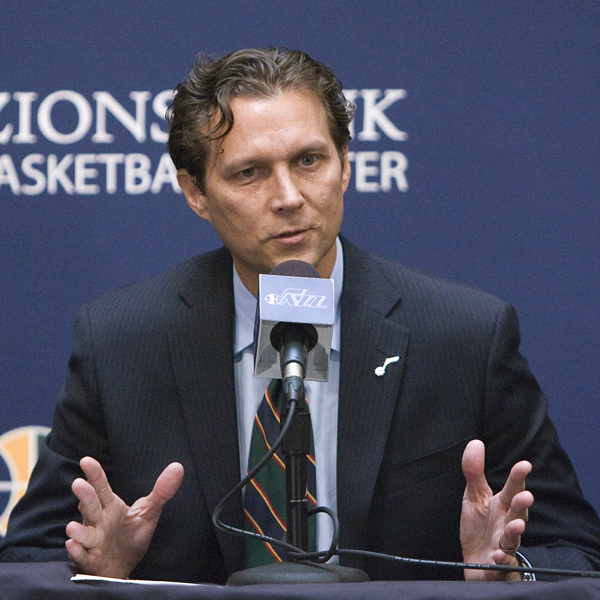 “He has an impressive basketball pedigree, including more than a decade of head coaching experience that positions him well to succeed in the Jazz organization,” Jazz CEO Greg Miller said in a statement. “We look forward to Quin’s contributions both on the court and in the community.”

Snyder succeeds Corbin, who was not offered a new contract. Corbin went 112-146 in Salt Lake City after taking over on Feb. 10, 2011, following the resignation of Jerry Sloan, for whom he played three seasons and served as a longtime assistant.

Corbin reached the playoffs in the strike-shortened 2011-12 season, but his team was swept by San Antonio in the first round of the playoffs. The Jazz went 43-39 the next season and dumped a number of veterans. This year, they went 25-57, the worst season by the Jazz since 1979-80, when Utah was 24-58 following the franchise’s relocation from New Orleans.

“The opportunity to join the Utah Jazz and to be part of such a highly respected franchise with an incredibly bright future is a great honor,” Snyder said in a statement. “I approach this opportunity with gratitude and humility and am committed to doing everything I can to help the Jazz become a championship-caliber team.”

Former Jazz forward Paul Millsap, who went to Atlanta last season, posted to Twitter: ”Congratulations to Quin Snyder for being named head coach of the (at)utahjazz!!! The Jazz are getting a great coach and person.”

Snyder is the eighth head coach in Jazz history. The team planned a news conference on Saturday.