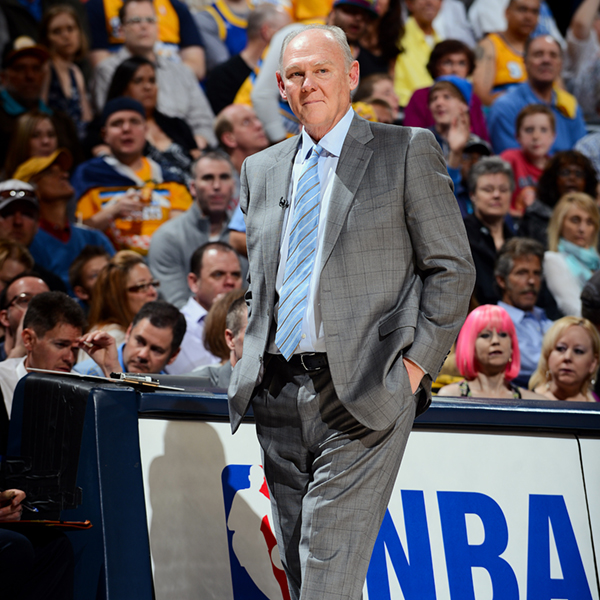 Karl joins Sacramento as the sixth-winningest coach in NBA history with 1,131 victories

SACRAMENTO, CA – The Sacramento Kings announced today that George Karl will become the team’s new head coach, according to General Manager Pete D’Alessandro. Karl becomes the 27th coach in franchise history and the 16th during the Sacramento-era. Per club policy, terms of the deal were not disclosed.

“We’re fortunate to be taking a step towards returning this franchise to prominence with one of the best coaches in basketball on our sideline,” said D’Alessandro. “George knows how to win, as evidenced by a lifetime track record of success and ability to maintain consistency throughout his three decades in the game. We’re excited to welcome him to Sacramento.”

“I’m extremely excited for the opportunity to coach again in the NBA, and I’m thankful it’s happening in Sacramento,” said Karl. “I’m looking forward to the challenge of helping guide the franchise back to greatness. We have an owner in Vivek Ranadivé who is committed to winning, a roster with some impressive components already assembled and an exciting new development downtown. Anyone who follows basketball, even at a casual level, understands that Kings fans are renowned for their passionate support of the team. I’ve coached against the Kings in some important moments over the years and was always amazed by the level of energy they bring to the game. We’re going to provide them with more instances to display that enthusiasm.”