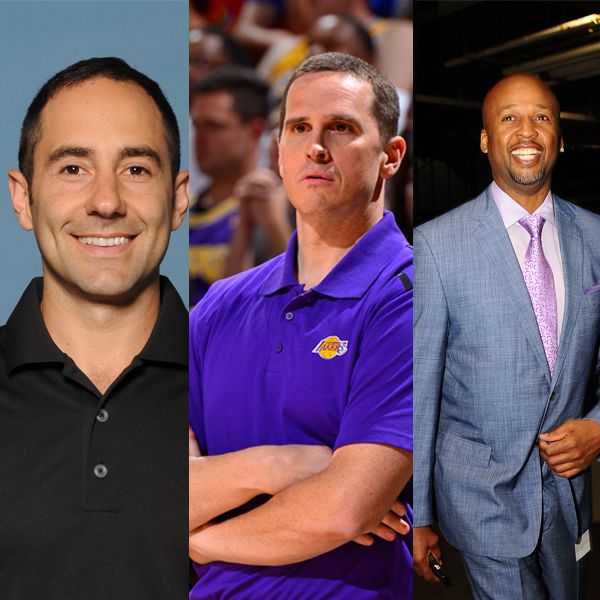 Shaw returns to the Lakers organization after winning five championships with the franchise; three as a player (2000-02) and two as an assistant coach (2009 and 2010). The Oakland native brings a wealth of coaching experience to the bench after serving as Head Coach of the Denver Nuggets for two seasons (2013-15), Associate Head Coach of the Indiana Pacers for two years (2011-13), and seven seasons as an assistant coach with the Lakers (2004-11).

Madsen has served as an assistant coach with the Lakers for the past two seasons, and spent the 2013-14 season behind the bench as a player development coach for the organization. The Danville, CA native won two NBA Championships with the Lakers in 2001 and 2002, and played a total of nine seasons with Los Angeles and the Minnesota Timberwolves.

Mermuys comes to the Lakers from the Toronto Raptors organization, where he most recently served as Head Coach of their NBA D-League affiliate, Raptors 905. Under Mermuys’ watch as the first coach in the history of the franchise, Norman Powell developed and played a crucial role in the 2016 postseason, Greg Smith earned a call-up and was signed for the remainder of the season by the Minnesota Timberwolves, and Axel Toupane was named the D-League’s Most Improved Player in addition to earning a multi-year contract with the Denver Nuggets.