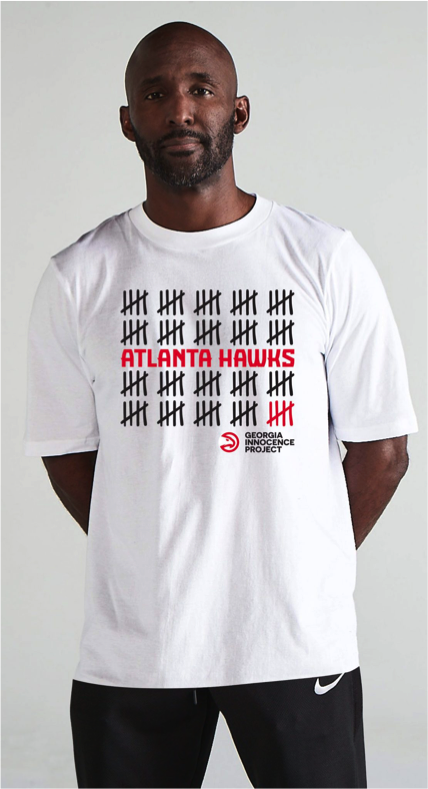 At the Hawks game on November 20, 2019, Coach Pierce spoke to the fans in attendance about the imprisonment of innocent people in Georgia and the devastating consequences on the entire criminal legal system. He announced that he and the Hawks have teamed up with GIP to raise awareness about these important issues, and he mentioned the special-edition, co-branded Hawks-GIP merchandise that was created for the partnership. The Hawks will donate 20% of the proceeds to GIP.