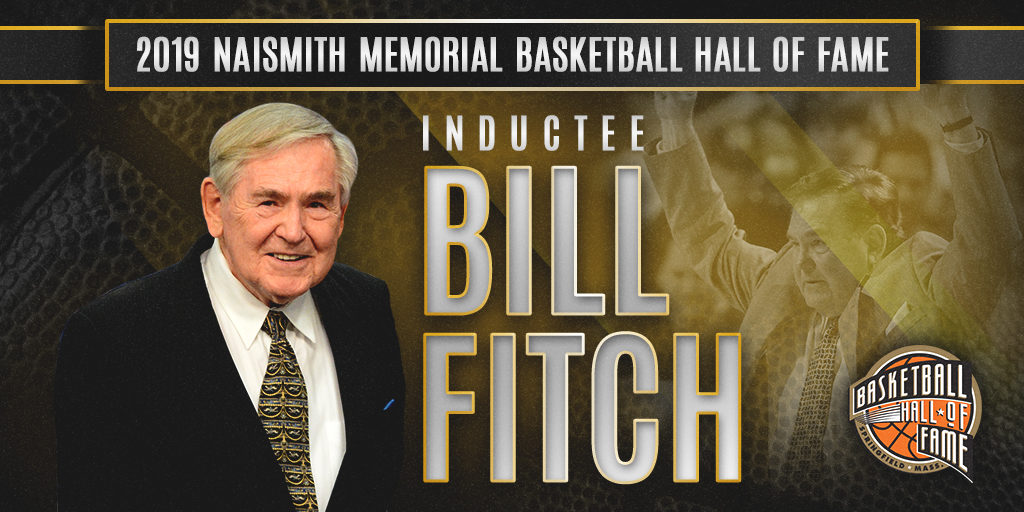 Minneapolis, MN (April 6, 2019) – Today, at a press event presented by Haggar Clothing Company, the Naismith Memorial Basketball Hall of Fame announced the 12 honorees in the Class of 2019 to be celebrated September 5-7, 2019 during this year’s Enshrinement festivities in Springfield, Massachusetts. The Class Announcement was made in Minneapolis, Minnesota, the site of the 2019 NCAA Men’s Final Four and televised live on ESPN2.

Distinguished committees focused on preserving all areas from the game also selected five directly elected enshrinees. They include Al Attles from the Contributor Committee, Charles “Chuck” Cooper from the Early African American Pioneers Committee, Vlade Divac from the International Committee, Carl Braun from the Veterans Committee and the Wayland Baptist Flying Queens of 1948-1982 from the newly instated Women’s Veterans Committee.

“The globally celebrated game of basketball would not be what it is today without the many remarkable men and women who have broken barriers and paved the way for future generations,” said John L. Doleva, President and CEO of the Naismith Memorial Basketball Hall of Fame. “The Class of 2019 is brimming with those who have had a significant historical impact on the game we love. We thank them for their contributions to the game and look forward to honoring them during Enshrinement this fall.”

To be elected, North American and Women’s Committee finalists must receive 18 of 24 votes from the Honors Committee for election into the Naismith Memorial Basketball Hall of Fame. Direct elect committees are incorporated into the election process to maintain a strong focus on keeping history on the forefront of the voting procedures and to preserve a balance between two eras of basketball.

The Class of 2019 will be enshrined on Friday, September 6 in Springfield, Massachusetts, the home of the Naismith Memorial Basketball Hall of Fame. Ticket packages to the 2019 Enshrinement Ceremony and all Enshrinement events are on sale now and available online at www.hoophall.com or by calling the Basketball Hall of Fame at (413) 231-5513. Premium Sponsors of Enshrinement 2019 include Haggar Clothing Company, Baron Championship Rings, Mohegan Sun and Panini.

BILL FITCH [Coach] – Fitch, a native of Davenport, Iowa, coached in the NBA for 25 seasons, being named Coach of the Year twice (1976, 1980). In 1996, he was named to the NBA’s Ten Best Coaches of All Time. He led the Boston Celtics to a Championship (1981) and still holds the highest winning percentage in Celtics history (.738). He is the second coach in NBA history to lead a team to three straight 60-win seasons. Prior to coaching in the NBA, Fitch coached collegiately for twelve years leading North Dakota University to consecutive NCAA Division II Final Fours (1965, 1966).

He was the recipient of the NBA’s Chuck Daly Lifetime Achievement Award during the 2012-13 NBA season.

JACK SIKMA [Player] – Sikma is a seven-time NBA All-Star (1979-85) and NBA Champion with the Seattle SuperSonics (1979). He was named to the NBA All-Rookie First Team in 1978 and is the only center in NBA history to lead the league in single-season free throw percentage at .922 (1987-88). In his 14 NBA seasons, Sikma averaged 15.6 points, 9.8 rebounds, and 3.2 assists per game. Collegiately, Sikma averaged 21.2 points and 13.1 rebounds per game at Illinois Wesleyan, leading the team to three College Conference of Illinois and Wisconsin championships. Sikma was twice named a First-Team NAIA All-American and Academic All-American (1976, 1977).

PAUL WESTPHAL [Player] – Westphal is a five-time NBA All-Star (1977-81), three-time All-NBA First Team member (1977, 1979, 1980) and NBA Champion with the Boston Celtics (1974). In his 12 NBA seasons, he averaged 15.6 points and 4.4 assists per game, including over 20 points per game for five consecutive seasons. A native of southern California, Westphal was a collegiate standout at USC, earning AP Second Team All-America (1971) and averaging over 20 points and 5 assists per game his senior year (1972). Westphal has been inducted in the USC Hall of Fame (1997), Pac-12 Hall of Honor (2008) and the Phoenix Suns Ring of Honor (1998). TENNESSEE A&I TEAMS OF 1957-59 [Team] – With Hall of Fame coach John McLendon at the helm,
the Tennessee A&I teams of 1957, 1958 and 1959 were the first to win back-to-back-to-back championships in any college division. Known for their fast-breaking and extreme discipline, they
dominated their opponents with high scoring and smothering defense. Led on the court by John “Rabbit” Barnhill and Dick Barnett, the team also broke social barriers as they traveled to national tournaments and challenged segregation. Tennessee A&I has since been renamed Tennessee State.

AL ATTLES [Contributor] – A native of New Jersey, Attles followed his collegiate career at North Carolina A&T by joining the Philadelphia Warriors – now Golden State from 1960-71 as a player. Since then, he has held numerous roles in the franchise including coach (1970-83), team executive and ambassador to the community. He led the organization to an NBA Championship in 1975 and is one of five Warriors to have his number retired. Attles has been with the Warriors’ in one capacity or another for nearly 60 years. In 2014, Attles received the Bunn Lifetime Achievement Award from the Basketball Hall of Fame.

CHARLES “CHUCK” COOPER [Player] – Recognized posthumously, Cooper was born in 1926 in Pittsburgh and played collegiately at West Virginia State University before being drafted in the Navy. He returned to school at Duquesne University (1946-50) where he was an All-American (1950) and the first African American to play in a college basketball game south of the Mason-Dixon line. Cooper briefly joined the Harlem Globetrotters upon graduation, and soon after was the first African-American to be drafted by an NBA team, Red Auerbach’s Boston Celtics. The NBA color barrier was broken in 1950 season by Cooper, Earl Lloyd and Nat “Sweetwater” Clifton.

CARL BRAUN [Player] – Recognized posthumously, Braun was a premier guard of the 1950s during his 13-year professional career in the NBA. A native of Brooklyn, he played collegiately at Colgate University from 1945-47. Braun joined the New York Knicks in 1947 and led the team in scoring for seven straight seasons. He was named an NBA All-Star five times (1953-57) and won an NBA Championship with the Boston Celtics in 1962.

WAYLAND BAPTIST UNIVERSITY TEAMS OF 1948-82 [Team] – Before the days of NCAA Women’s basketball, the Wayland Baptist University women’s basketball team won 131 consecutive games from 1953-58 and 10 AAU National Championships overall (1954, 1955, 1956, 1957, 1959, 1961, 1970, 1971, 1974, 1975). Rosters included exceptional players such as a three-time AAU All-American Patsy Neal, two-time FIBA World Championships gold medalist Katherine Washington, co-captain of the 1980 United States Olympic team Jill Rankin, and a total of 130 All-Americans. Coach Harley Redin and team sponsor Claude Hucherson, as well as five players have been enshrined in the Women’s Basketball Hall of Fame with the team as a whole was recognized as trailblazers of the game in 2013.

About the Naismith Memorial Basketball Hall of Fame:

Located in Springfield, Massachusetts, the city where basketball was born, the Naismith Memorial Basketball Hall of Fame is an independent non-profit 501(c)(3) organization dedicated to promoting, preserving and celebrating the game of basketball at every level – men and women, amateur and professional players, coaches and contributors, both domestically and internationally. The Hall of Fame museum is home to more than 400 inductees and over 40,000 square feet of basketball history. Nearly 200,000 people visit the Hall of Fame museum each year to learn about the game, experience the interactive exhibits and test their skills on the Jerry Colangelo “Court of Dreams.” Best known for its annual marquee Enshrinement Ceremony honoring the game’s elite, the Hall of Fame also operates over 70 high school and collegiate competitions annually throughout the country and abroad. For more information on the Basketball Hall of Fame organization, its museum and events, visit www.hoophall.com, follow @hoophall #19HoopClass or call 1-877-4HOOPLA.