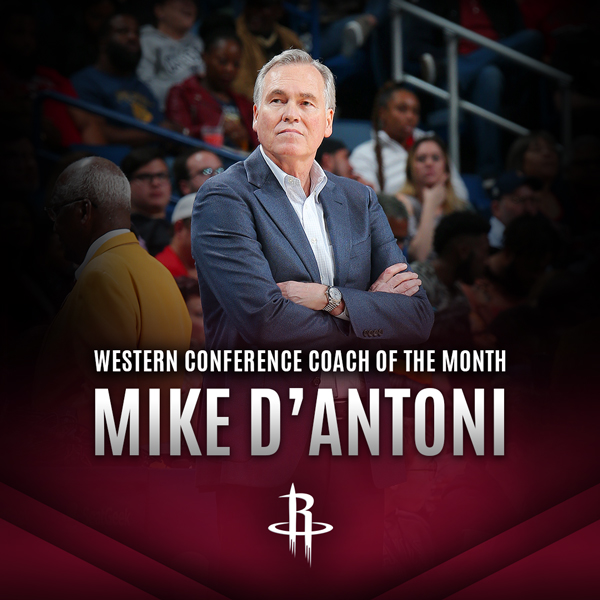 The Rockets were 11-4 in December, winning 10 of their final 11 games.  Houston won a season-high tying five straight games to close out the year, despite being without Chris Paul.  The Rockets were 5-0 in December against teams that have 20-plus wins on the season.

Houston averaged 5.9 more 3-pointers made than the opposition for the month, including +7.9 over the final 10 games.  The Rockets ranked first in 3-point defense in December (opponents 31.7% 3FGs).  Houston hit an NBA record 26 3-pointers vs. Washington on Dec. 19, marking the 24th time the Rocket have recorded 20-plus 3FGM in a single game in franchise history.  No other team has done so more than 12 times.

D’Antoni has won over 70% of his games as head coach of the Rockets.  He is four wins shy of becoming the 24th coach in NBA history with at least 600 career wins.  Only three active coaches (Gregg Popovich, Doc Rivers, Rick Carlisle) have reached that mark.