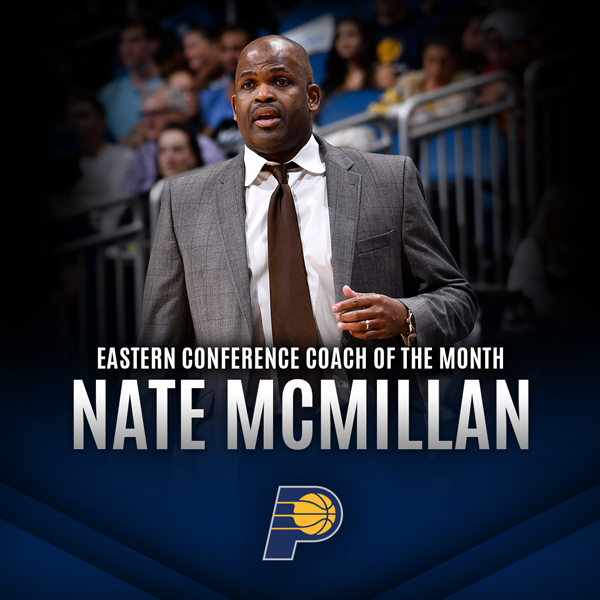 McMillan led the Pacers to the best record in the NBA in December with a 12-3 mark. The Pacers posted seven straight wins from Dec. 4-16, and closed the month with a five-game winning streak to improve their record to 25-12 overall.

Defensively, the Pacers held their 15 opponents during the month to an average of 101.1 points and outscored teams by 6.5 points per game, which were both the top marks in the NBA in December. Indiana held its opponents to 42 percent shooting from the field and 31.8 percent from 3-point range, ranking first and second in the league, respectively.

The award marks the second time McMillan has been named Eastern Conference Coach of the Month as the Pacers’ head coach (April 2017).

McMillan shares honors with Houston’s Mike D’Antoni, who was named Western Conference Coach of the Month.