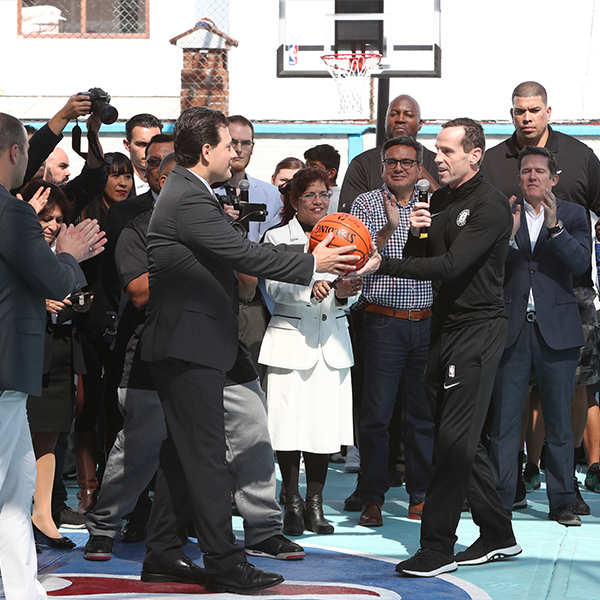 Kenny Atkinson was well-traveled in his professional basketball playing days, so the fact that Long Island, NY-native can speak some Spanish shouldn’t be surprising.

The Nets head coach played for 13 teams abroad, including four in Spain early on in his career. He dusted off his Espanol to give interviews in Mexico City on Wednesday. Watch him in action below: