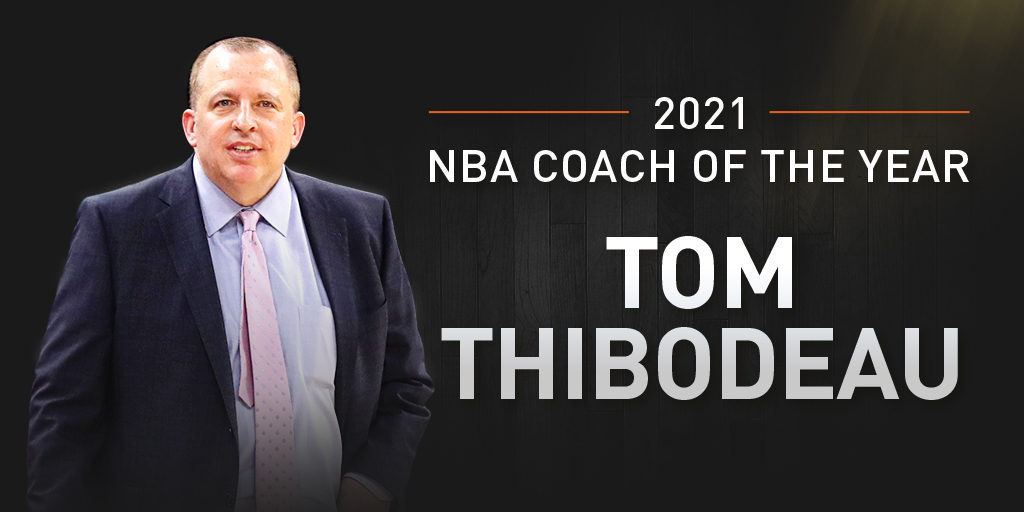 Congratulations to New York Knicks Head Coach, Tom Thibodeau for being named the 2021 NBA Coach of the Year (as voted upon by the media).

During the regular season, Coach Thibodeau led the Knicks to the organization’s first playoff berth since the 2012-13 season. The Knicks ranked fourth in defensive rating (107.8), while leading the league in opponent points per game (104.7).