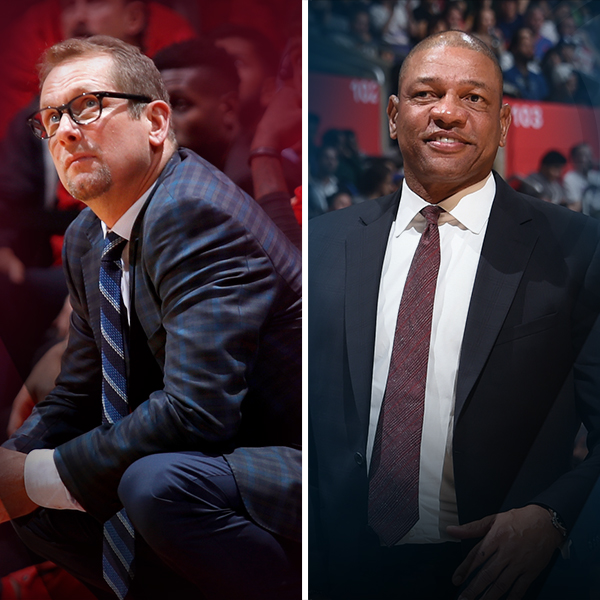 The Eastern Conference honours Nick Nurse as the Coach of the Month in his first month as the head coach of the Toronto Raptors. He becomes the fourth head coach in Raptors’ history to receive this honour, joining Dwane Casey, Sam Mitchell and Lenny Wilkins.

He is also the first rookie head coach to earn Coach of the Month honours since Luke Walton did it in November of 2015, filling in for Steve Kerr as interim head coach of the Golden State Warriors.

The Western Conference honours Doc Rivers as the Coach of the Month. This is Rivers’ 11th time taking home coach of the month honours and his first since April of 2017.

Rivers has the Clippers playing way above their level of expectation, sitting atop the Western Conference alongside the Denver Nuggets at 15-7. L.A. ended the month of November winning 11 of their last 13 games including nine consecutive home wins, the NBA’s longest current streak.

Click here to read the full article: NBA Coaches of the Month: Nick Nurse of the Toronto Raptors and Doc Rivers of the LA Clippers