Nick Nurse’s Road to the NBA

Nick Nurse’s Road to the NBA 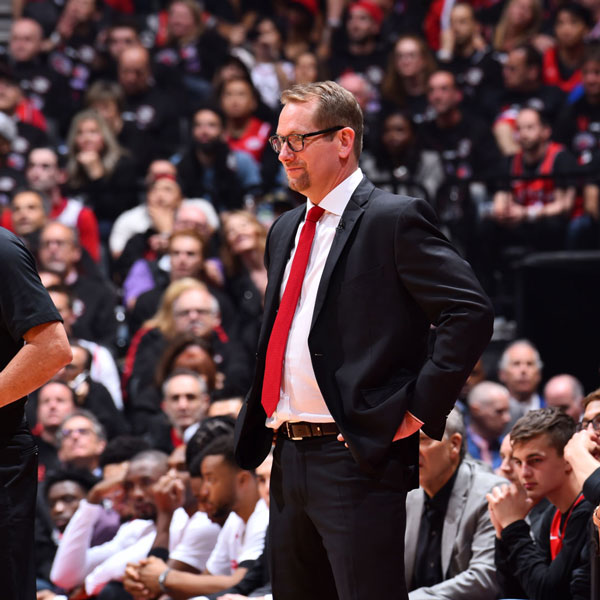 Nick Nurse has certainly paid his dues to be the head coach of the Toronto Raptors as they try to win their first ever NBA title. It’s not only a special moment for him and the team, but also for many in the state of Iowa, including Nurse’s former coaches and teammates at Northern Iowa.

“I still vision Nick playing in the driveway, as a 20-year old, with my three boys,” said former UNI assistant coach Kevin Lehman. “When you see him on TV and coaching the most elite players in the world, it’s just so cool to see that.”

Nurse started his coaching career as a graduate assistant at Northern Iowa. He got his first head coaching job at Grand View University when he was just 23 years old. He later spent a decade in Europe, then coached in the D-League before becoming an assistant coach for the Raptors in 2013.