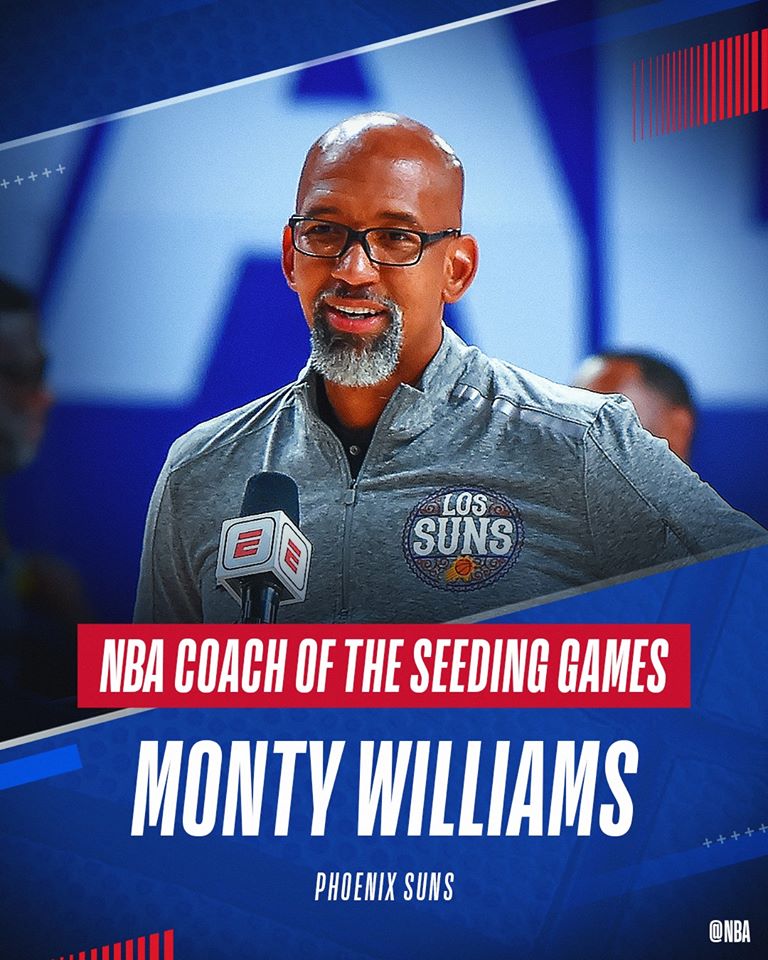 Under Coach Williams’ direction, the Suns were the only undefeated team in the bubble as their eight-game winning streak put them on the brink of a play-in berth.