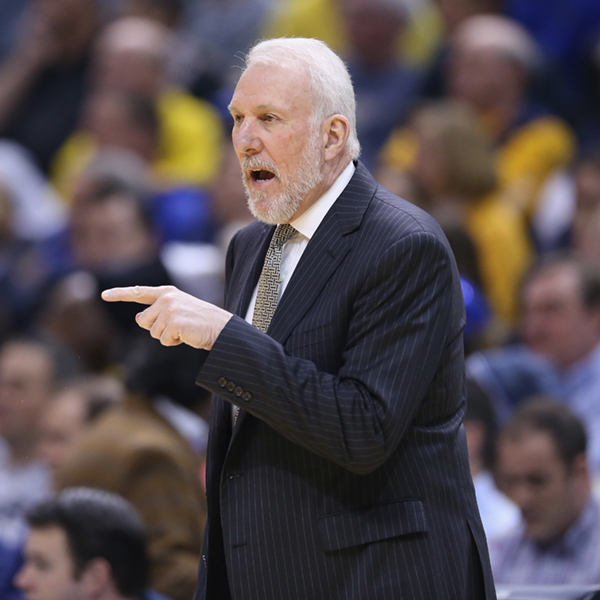 San Antonio rallied from a 14-point fourth-quarter deficit and got an 18-foot baseline jumper from Marco Belinelli with 2.1 seconds left to give Popovich a milestone 95-93 victory at Indiana.

“I’ve been here a long time and I’ve had good players. That’s the formula,” Popovich said. “Getting the players is difficult, but I’ve been fortunate to have good ones. The time, that’s the most important element. You have to be around for a while I guess.”

Popovich celebrated in his typical low-key way. He walked to midcourt, putt an arm around Pacers coach Frank Vogel, hugged one of his former players and stoically strolled into the Spurs’ locker room though he later acknowledged he might drink some wine.

While Popovich does have five NBA championships, few midseason wins have come with this much fanfare.