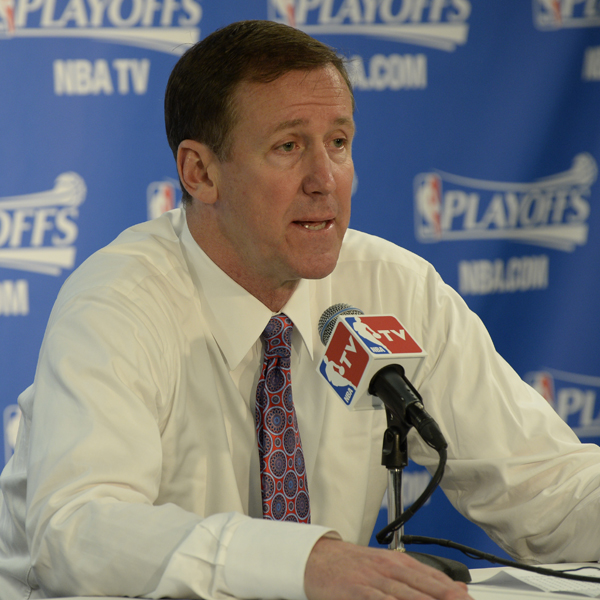 PORTLAND, Ore. (AP) — Fresh off their surprising run in the playoffs, the Portland Trail Blazers have signed head coach Terry Stotts to a multi-year contract extension.

Stotts led the Blazers to a 54-28 regular-season record, for the team’s biggest improvement in team history. Portland made the playoffs for the first time since 2011, dispatching the Houston Rockets in six games, before falling to the San Antonio Spurs in five games in the Western Conference semifinals.

The season wrapped up for the Blazers on Wednesday night with a 104-82 loss in San Antonio.

“We weren’t expected to be in the position we were in the regular season. We weren’t expected to win the first round. So, it was a special year,” Stotts said after the game. “I thought everyone of our stars had career years. The young guys got better. We fought through adversity during the season. We made a strong push at the end of the year. There were so many positives about this season.”

Stotts has an 87-77 record in two seasons with the Blazers, after serving as an assistant with Dallas for four seasons, including the Mavericks’ championship in 2011. The Blazers finished 33-49 his first season.

“Terry has done an outstanding job during his first two years with the organization,” general manager Neil Olshey said in a statement. “This extension illustrates our confidence in him as our head coach as well as the Portland Trail Blazers’ continued commitment to building a model of consistency and stability.”