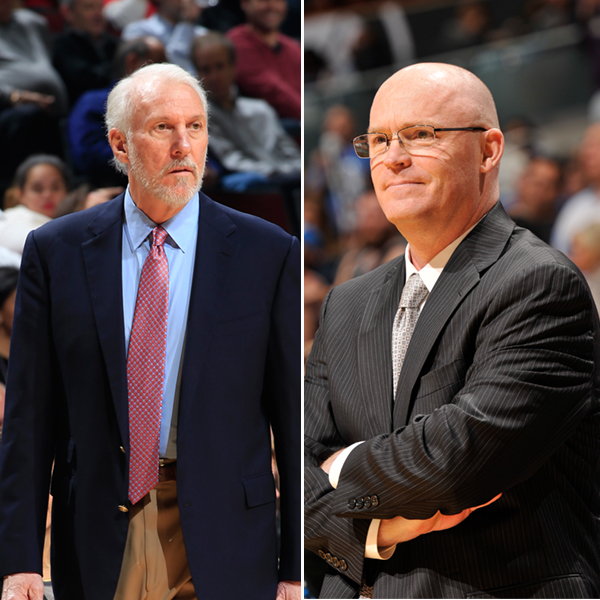 NEW YORK — The Orlando Magic’s Scott Skiles and the San Antonio Spurs’ Gregg Popovich today were named the NBA Eastern and Western Conference Coaches of the Month, respectively, for games played in December.

Skiles led the Magic to the East’s best month at 10-5 (.667). Orlando went 5-3 at home and 5-2 on the road. On the defensive end, the Magic held opponents to 96.6 points in December, the fourth-stingiest mark in the NBA. On the offensive end, Orlando shot 48.1 percent as a team in December, third-best in the league and tops in the Eastern Conference.

Popovich guided the Spurs to the league’s best record in December at 14-2 (.875). San Antonio went 10-0 at home, and at the end of December owned a 19-0 mark at AT&T Center. The Spurs, who surrendered 100-plus points in only two of 16 December games, held opponents to a league-low 87.1 points — a mark more than six points better than that of the Cleveland Cavaliers, who ranked second at 93.2 points allowed.