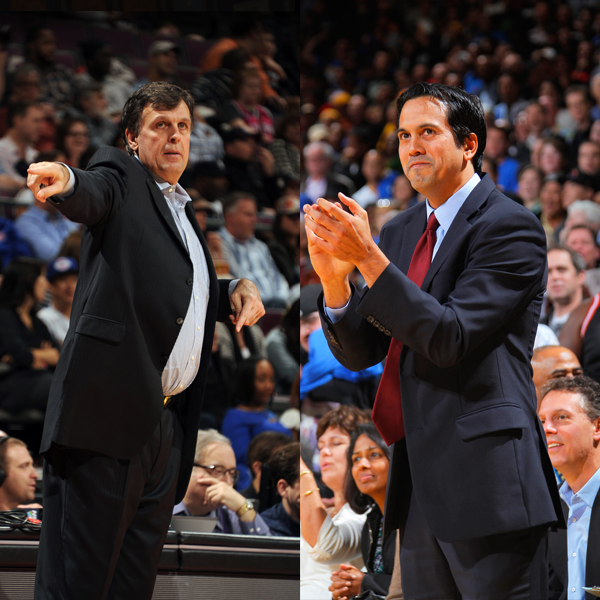 NEW YORK — The Miami Heat’s Erik Spoelstra and the Houston Rockets’ Kevin McHale on Monday were named the NBA Eastern and Western Conference Coaches of the Month, respectively, for games played in February.

Spoelstra led the Heat to an NBA-best 9-1 (.900) record in February. The Heat posted a 6-1 mark away from AmericanAirlines Arena, and held opponents under 100 points in seven-of-10 contests. Miami came out of the All-Star break by sweeping a two-game road trip with wins over the Dallas Mavericks on Feb. 18, and the Oklahoma City Thunder on Feb. 20. Spoelstra’s club won six straight games to close the month.

McHale guided the Rockets to an 8-2 record in February, and the highest winning percentage (.800) in the Western Conference. The Rockets opened the month with six consecutive wins, and their average margin of victory in those games was 13.2 points. Houston, which averaged 111.9 points on the month, topped the century mark in each of its eight wins.